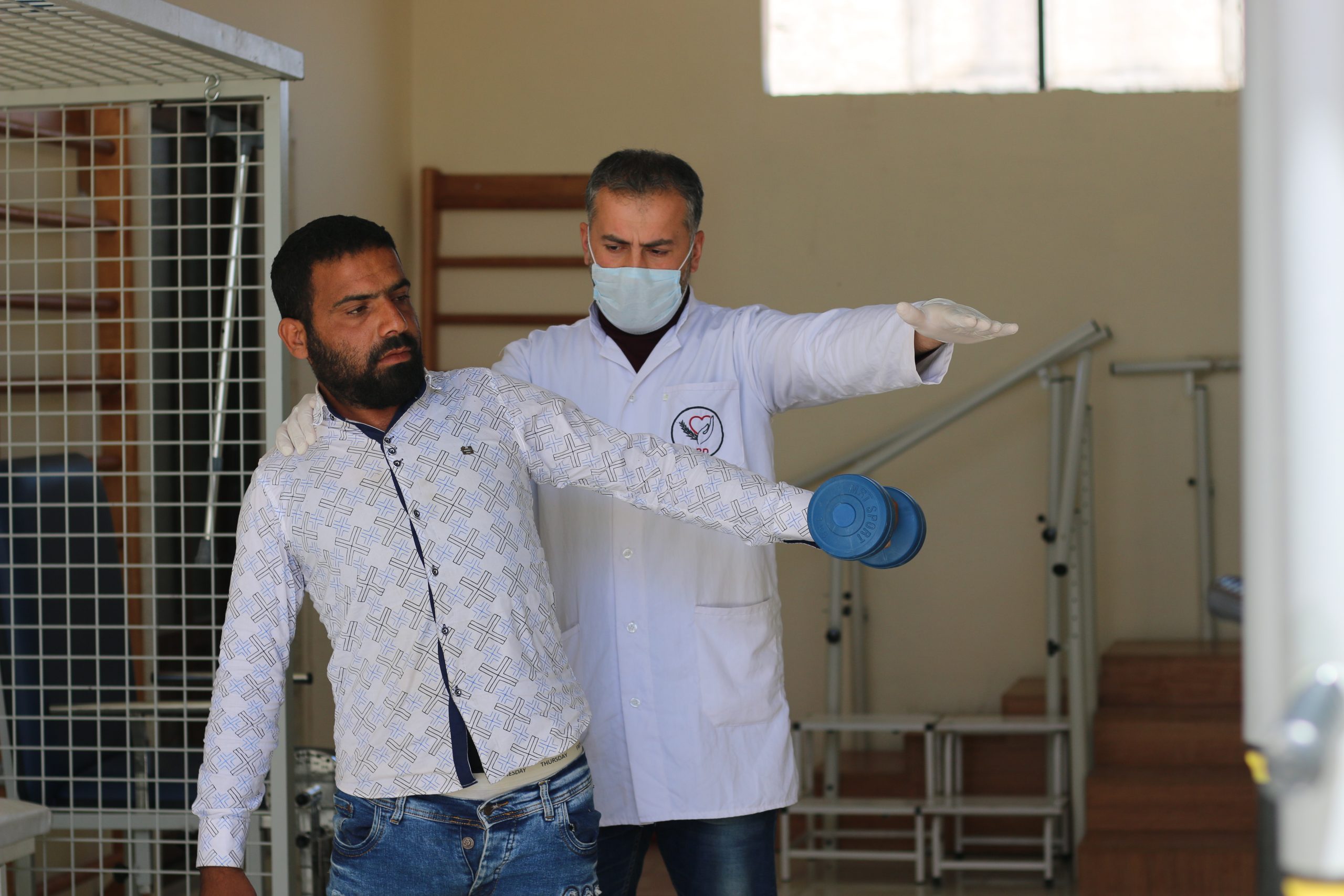 30-year-old, Abdul Karim and his family were living in Al-Bab City despite the unstable conditions. Seven months ago, he kissed his daughter, Tasnim goodbye like he did every day before he left to his construction job. Unfortunately, that day he suffered an accident from the height of three floors, which left him with broken bones and brain damage.

He was taken to Turkey for treatment after he went into a coma, and suffered from memory loss and difficulty swallowing. After returning from Turkey, he was referred to the Martyr Omar Sheikh Physical Therapy Center in Al-Bab City. There he received treatment to regain cognition and communication skills.

“After the physical evaluation, the necessary treatment plan was developed, with some motor assistance, which is a walker, hand splint and a night leg,” said treatment advisor Ahmed.  “The treatment plan included balance exercises, deep sense exercises, standing on the stand table, exercises of the motor range of the shoulder, retrieval of fine movements and facial massage, as well as some respiratory exercises.”

The beginning of the treatment was difficult for Abdul Karim. ” I suffered a lot, but my daughter Tasnim’s tears pushed me to complete the physical therapy, and the encouragement of the center staff was a window of hope growing in my heart,” said Abdul Karim. “Indeed, over time I felt better and gradually returned to normal.”

Now, after six months of meticulous treatment, Abdul Karim has returned to his construction work with spirit and determination to support his family with a fresh start.