A journey in the night: Youssef’s story 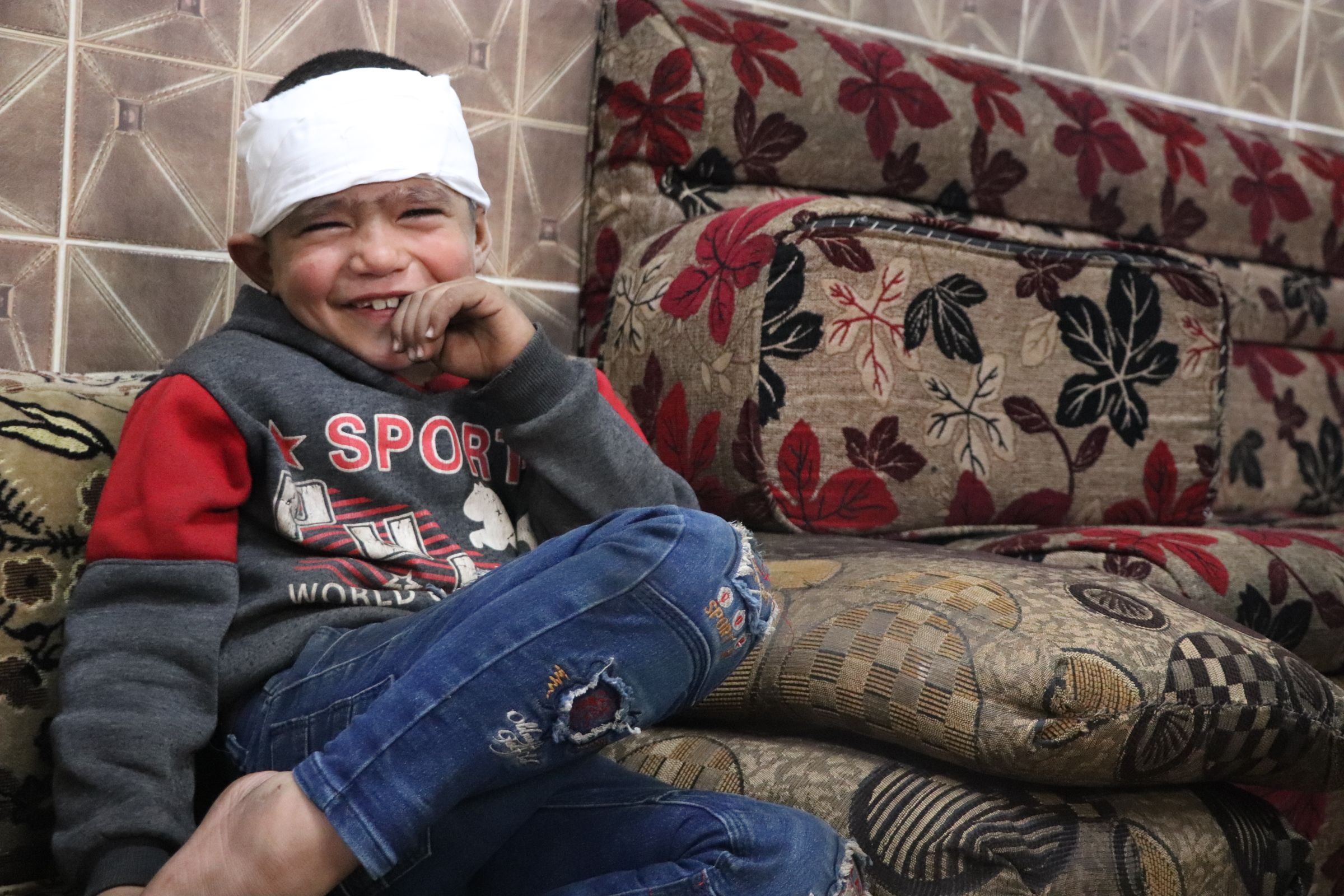 At nine o’clock in the evening, Ali, a young boy in Syria, heard his little brothers screaming. He ran towards the sound of their screams and found his 7-year-old brother, Youssef, with a screwdriver in his head.

“I froze in place, and my legs could no longer carry me,” Ali recalled. “But I gathered my strength and carried him in my arms, but where was I going to find help?”

Ali left home in the dark of night, carrying his brother, and all he could think about was that he was going to lose his sibling. He rushed to the nearest military checkpoint and began shouting, “Please, my brother needs help!”

According to a CT scan, the skewer had pierced 5 cm of the skull, 1.5 cm of which was inside the brainstem. Youssef underwent surgery to remove the skewer and damaged brain matter, after which he was sent to the intensive care unit for observation. His condition was restored to full health after five days in the hospital.

“Youssef made it through the critical surgery, and the injury had no effect on his mental state,” said Ali.