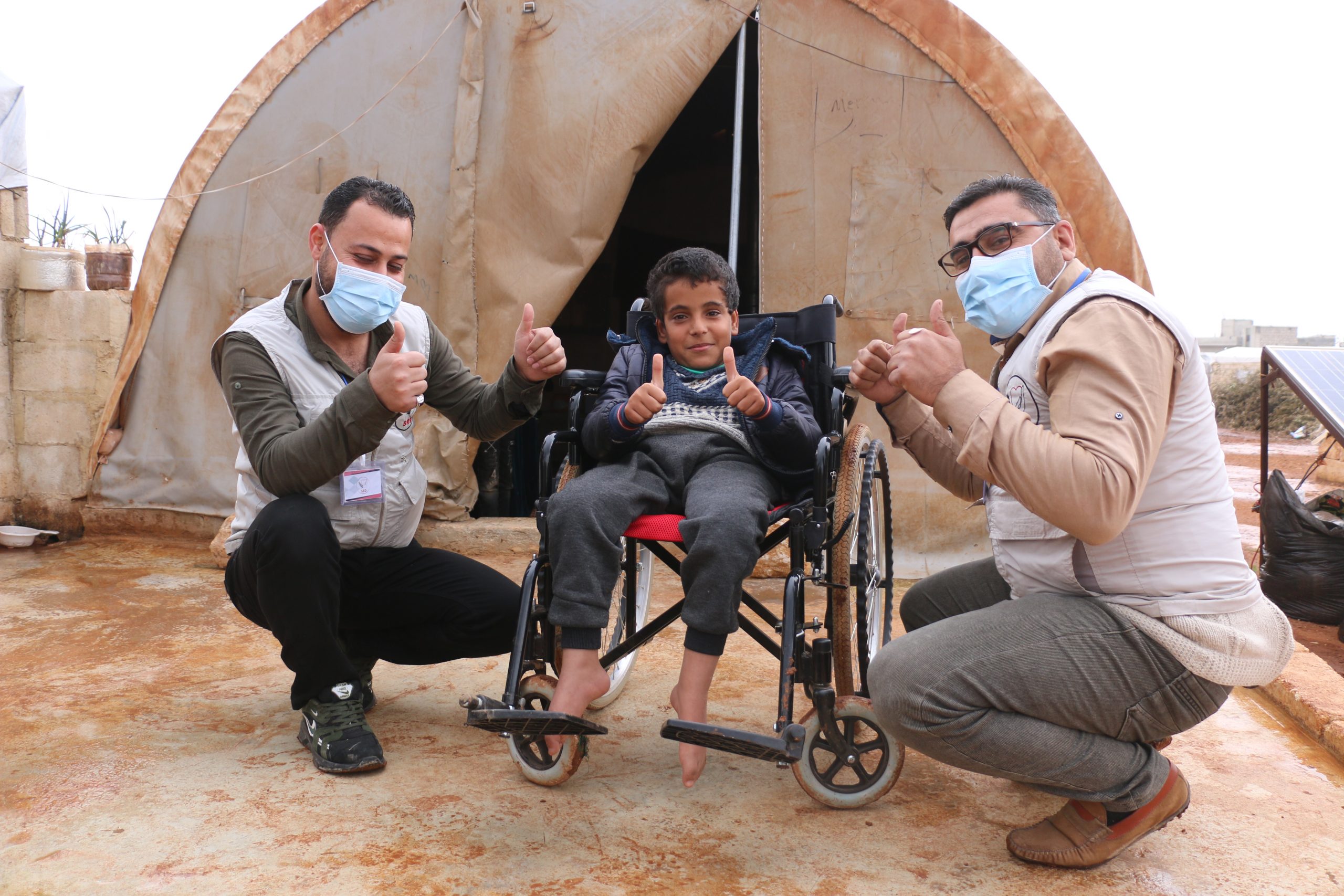 Anas Al-Ali, 12, lives with his mother and siblings in Talal Camp near Harbanoush in Idleb’s northern countryside. He is paralyzed in his lower limbs, confining him to their small tent. Anas’ father was killed in the war. Afterwards, his mother was unable to provide him with the things he needed, such as diapers, clothing, or a wheelchair. His mental health suffered as a result of this, as well as his lack of social connections.

Anas was discovered by the Syria Relief & Development Emergency Team while visiting the Talal Camp. After meeting with Anas’ mother, the team designed an action plan to improve his quality of life. His recovery included psychosocial counseling sessions and awareness sessions for his caregivers. A wheelchair, clothing, and diapers were given to him in collaboration with the Physical Therapy Center in Idlib and the Shafak Organization.

Anas now has the opportunity to grow up in a healthy way outside of the confines of a crowded tent.