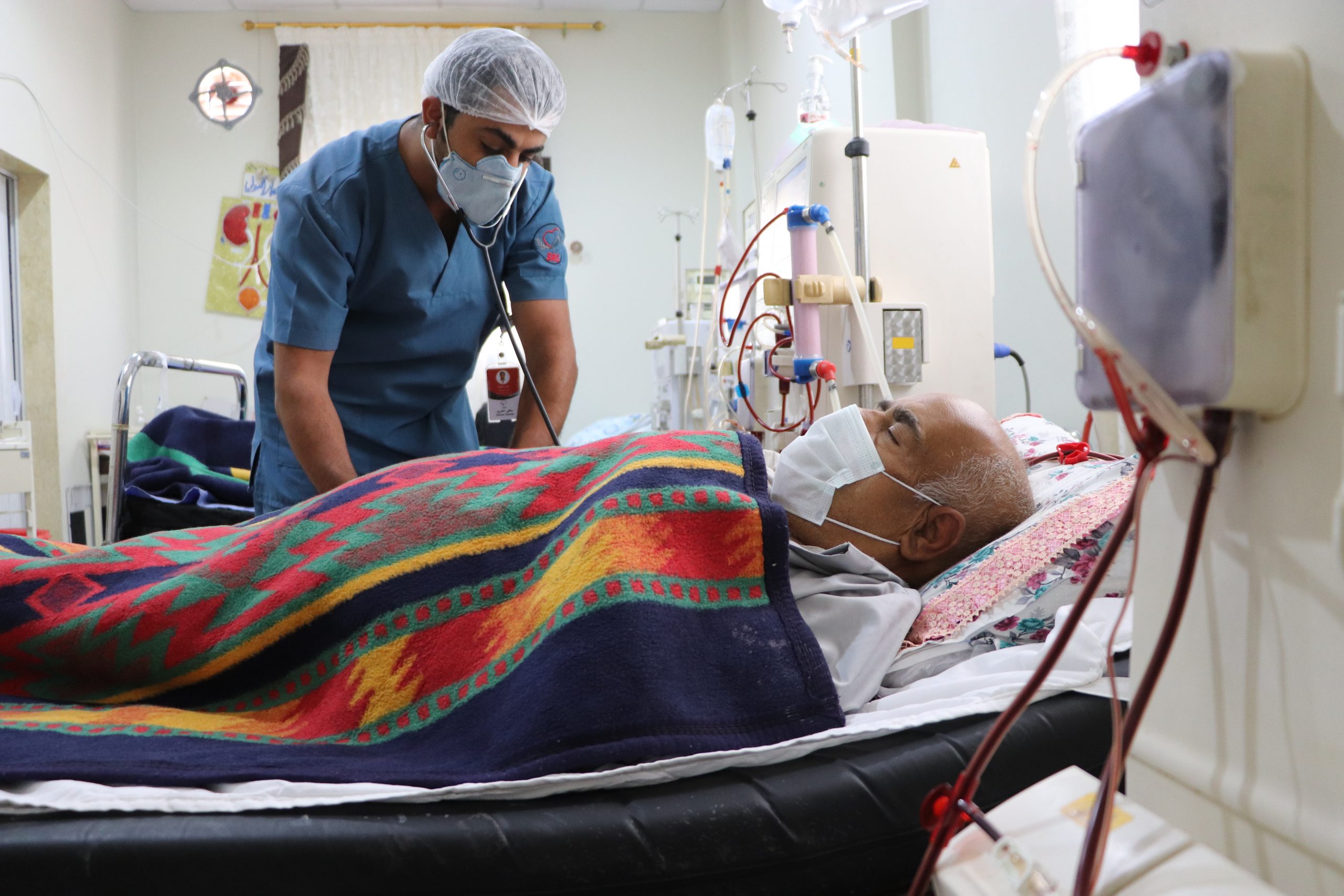 Abdul Hakim Bakkar is the father of four disabled children. He has repeatedly been forced to flee in search of shelter for his family, while simultaneously struggling to fight his diabetes. Over time, he lost his vision and suffered from kidney failure, a condition that requires consistent treatment and dialysis.

When the recent military campaign began in southern Idlib’s countryside, Abdul and his family had to flee their home in Ma’aarat Al-Nu’man. They Settled in Hardanah in northern Syria. Abdul’s condition continued to worsen, and he feared that he would soon die. Fortunately, he learned of Akhtarin Hospital, which was 15 kilometers away. At the hospital, he began to receive care from a specialized doctor. Abdul now visits the hospital three times a week to receive dialysis and medication.