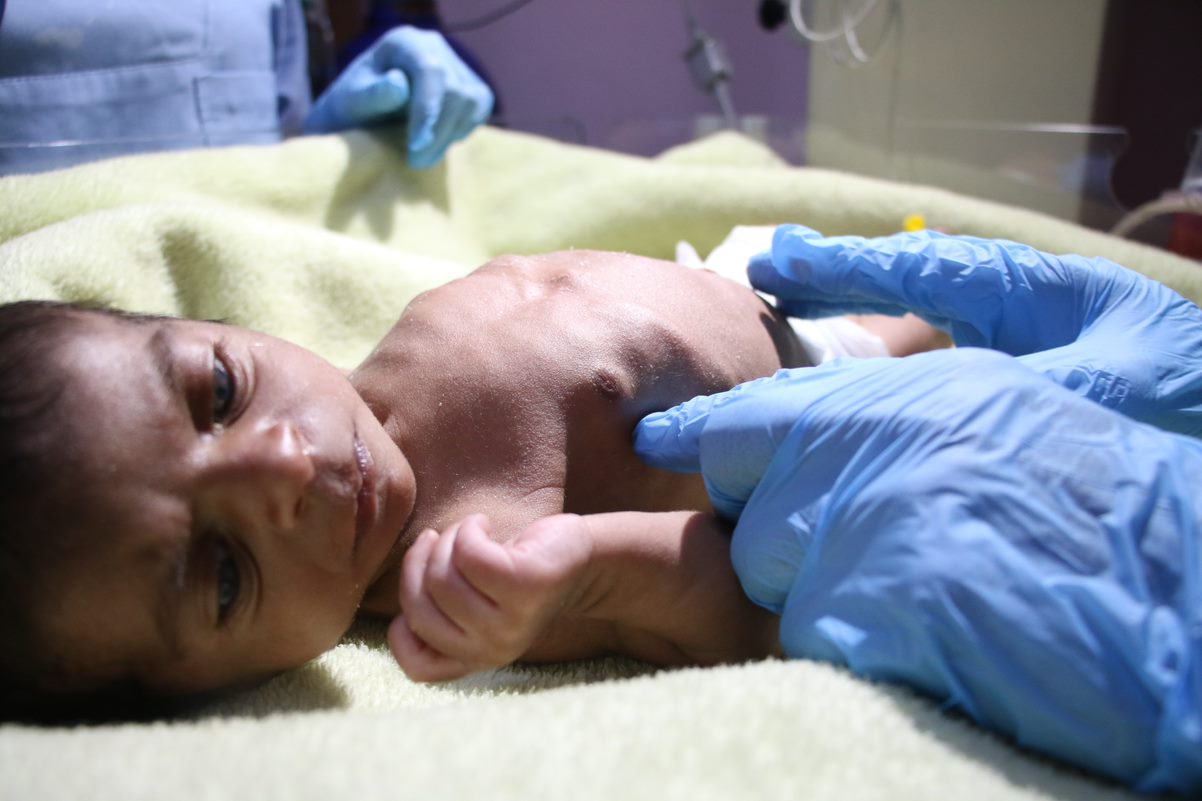 Ever since Fatima gave birth to her baby, Mahmoud, she was anxious that what had happened to her first baby would happen again. Living in miserable conditions, she has lost a baby before.

“I noticed he was vomiting a lot, and I became concerned that he was dehydrated,” Fatima explained. She and her husband sought treatment for their baby at Syria Relief & Development’s Al-Mahaba Hospital in Afrin, Syria.

Mahmoud was provided with lab tests and x-rays, which indicated he had an electrolyte disorder and a heart murmur. He was admitted to the incubator department immediately.

Mahmoud’s treatment with the cardiac team proceeded for nine days. The young boy was released from the hospital in good health, and the team advised his parents to contact them regularly.