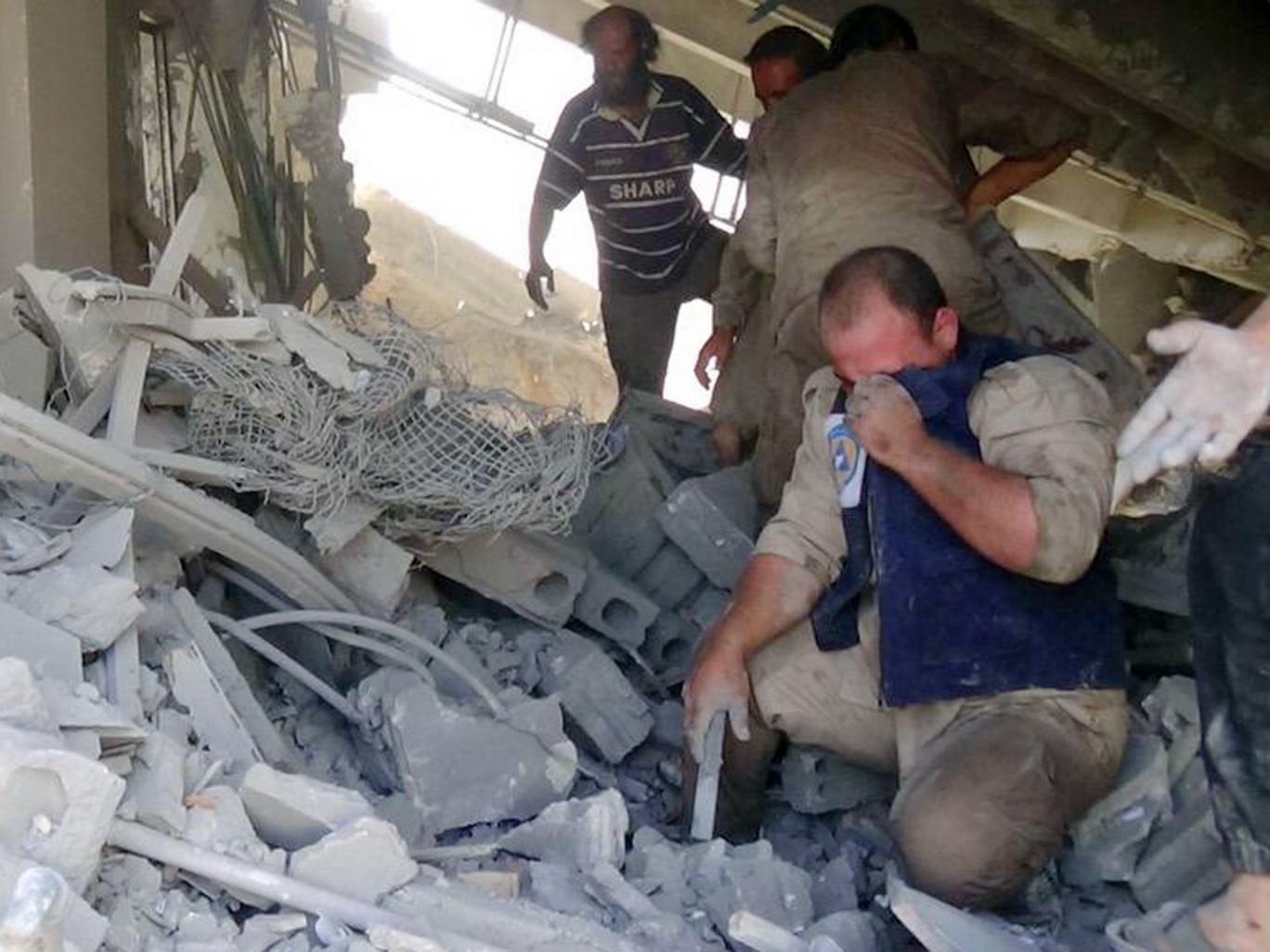 Volunteers from The White Helmets help civilians after Russia carries out its first airstrikes in Syria. (source: Independent UK)

Washington, DC (Oct. 1, 2015) – The American Relief Coalition for Syria (ARCS) strongly condemns Russian airstrikes against civilian targets in Syria that have led to the deaths of at least 33 individuals, including one civil defender and three children since the attacks began on Wednesday.

Russia has struck areas populated by civilians and civil defenders in Homs, Hama, Latakia, Idlib, and Daraa—miles away from any ISIS-controlled territory— despite its stated objective of combating the extremist group. Russia’s actions not only threaten the safety and well-being of innocent Syrian civilians, but also risk escalating instability in Syria and prolonging the conflict.

“ARCS continues to ask the United States government and its allies, the United Nations and the international community to pursue a solution that addresses the root causes of the Syrian conflict and stops the indiscriminate aerial bombardment of civilians from all parties, including airstrikes,” said Jomana Qadddour, co-founder of Syria Relief and Development.

ARCS welcomes any interested persons to a protest that will be held this Friday, Oct. 2 at 4 p.m. outside the Embassy of the Russian Federation on 2650 Wisconsin Ave NW, Washington D.C. Organizers hope to urge Russia to cease attacks against Syrian civilians. Click here for more information through the event Facebook page.

ARCS was founded in 2013 by a group of Syrian-American relief organizations joining forces to form a coalition of aid groups dedicated to collectively providing Syrians with humanitarian assistance. By pooling the talents and expertise of hundreds of professionals, ARCS member organizations cover all fields of aid and development, including food and clothing, shelter, medical aid, education, women’s development, refugee assistance and sustainable living programs.