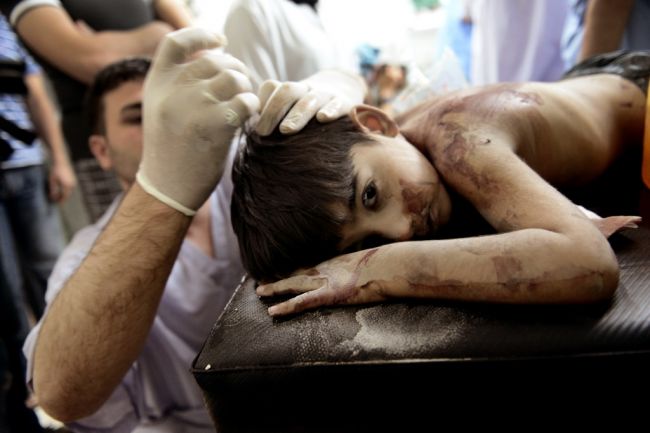 The 19 organizations forming the American Relief Coalition for Syria (ARCS) focus specifically on providing medical and humanitarian aid for Syria and responding to emergency situations. ARCS organizations and their members are deeply concerned about the urgent humanitarian needs in Syria. During diplomatic negotiations on this dire conflict, ARCS urges you to discuss the exceptionally important topic of cross-border aid for those Syrians living in opposition-controlled areas.

More than 50 percent of Syria’s population is living outside the government’s control. There must be a significant increase in cross-border assistance to reach these Syrians. The empowerment of local, regional and international NGOs as complementary and necessary partners in providing consistent, comprehensive and safe relief to Syrians should be prioritized. Currently less than 12 organizations are allowed access inside Syria.

Currently in Syria, the government retains control of the vast amount of humanitarian assistance into the country. This greatly limits the access humanitarian aid workers have to areas of Syria such as Homs and Ghouta. International relief efforts are often rationed or completely prohibited by the Syrian government in these locations. This leaves millions of Syrians without access to even basic medical aid.

We know that you are working towards a diplomatic resolution for the Syrian crisis, but we urge you to take the following steps to decrease the impact of the violence on civilians:

1. Meet with ARCS organizations and other NGOs focusing on humanitarian relief to put together a collaborative cross-border campaign to reach opposition held areas of Syria.

2. Actively support all humanitarian organizations and their efforts to reach regions with limited access, both internally and through cross-border efforts.

3. Recognize the difficult role that Syria’s neighbors must play during this conflict, as they provide the most immediate aid to the tide of refugees escaping violence in Syria. We urge you to encourage these countries to assist humanitarian NGOs in the transit of relief teams and supplies into Syria.

4. Coordinate and provide funds directly to local, regional and international NGOs that are the main source of humanitarian relief to millions of Syrians in areas outside of the control of the Syrian government.

5. Work towards a humanitarian UNSC resolution mandating cross border humanitarian and medical relief to millions of Syrians who are not reached by current cross line efforts. Prompt UN agencies to provide greater relief within opposition held territory, or at the very least provide basic humanitarian aid at the Syrian border.

We urge you to take immediate action on the items above so that appropriate aid can be provided to all Syrians, not just those that the Syrian government chooses to support. We want to encourage you to use your influence on these important matters. Thank you for your efforts during this crisis.