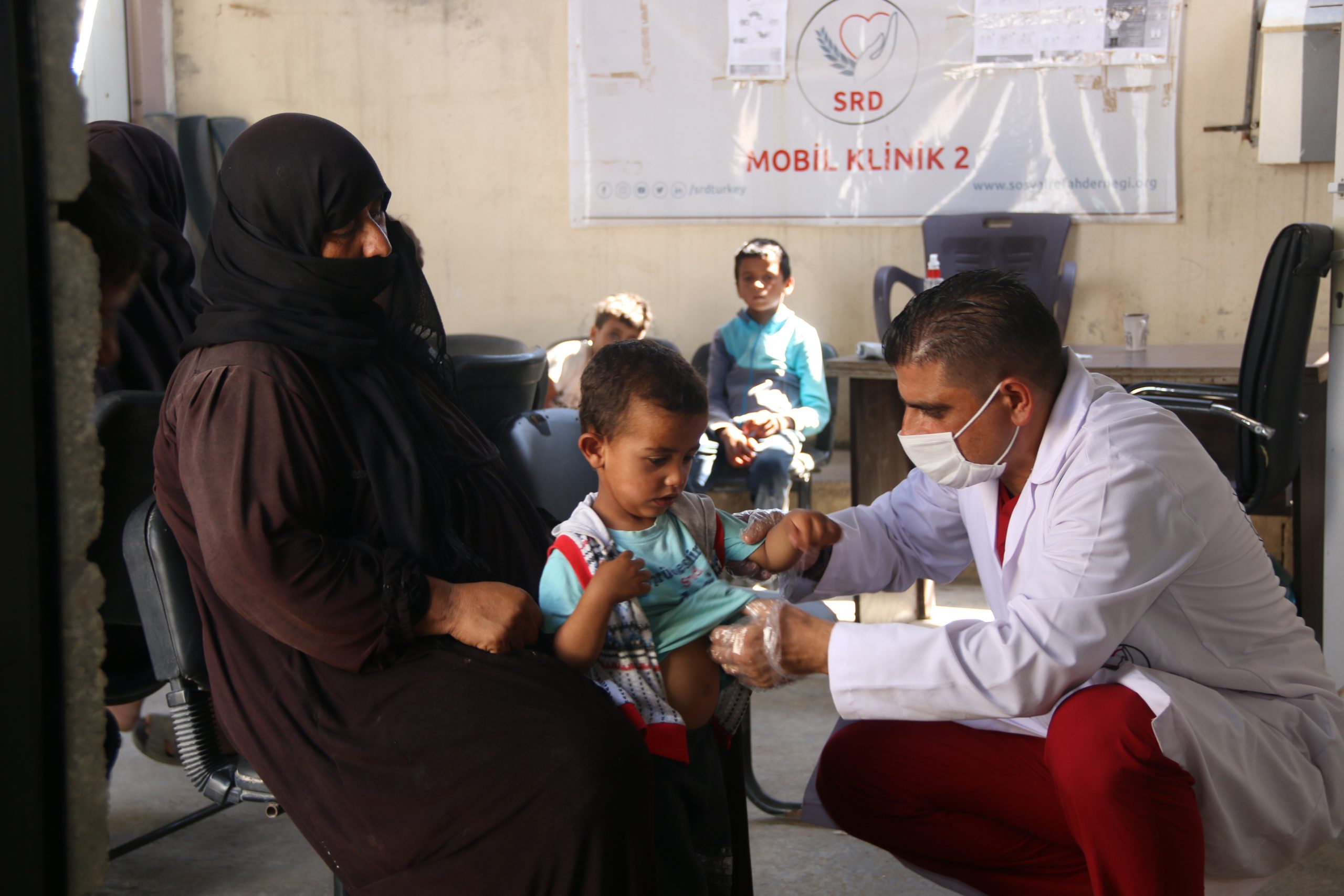 Aya is a Shamarkh Mobile Clinic success story. At ten years old, she did not attend school, but would often play in front of the clinic. The team noticed Aya and asked about her absence from school, but they soon discovered that she was deaf and unable to communicate. Aya’s mother informed the team that she had been exposed to high temperatures, which had caused Aya to lose her hearing and ability to speak.

After an examination by one of Syria Relief & Development’s ear specialists, Aya was diagnosed with sensorineural hearing loss. In-ear-canal headphones were installed by the specialist. As a result, she can hear and is learning to talk. Aya has resumed her daily routine and has enrolled in school.

Shamarikh Mobile Clinic is based in the northern countryside of Aleppo, near several displacement camps. More than 25,000 people have been displaced in the surrounding area. Prenatal care and treatment of malnutrition in infants, pregnant mothers, and lactating women have reduced the number of congenital disabilities. The Shamarikh Mobile Clinic has also made a significant contribution to limiting the spread of cases of COVID and other infectious diseases. Services offered by the clinic include: