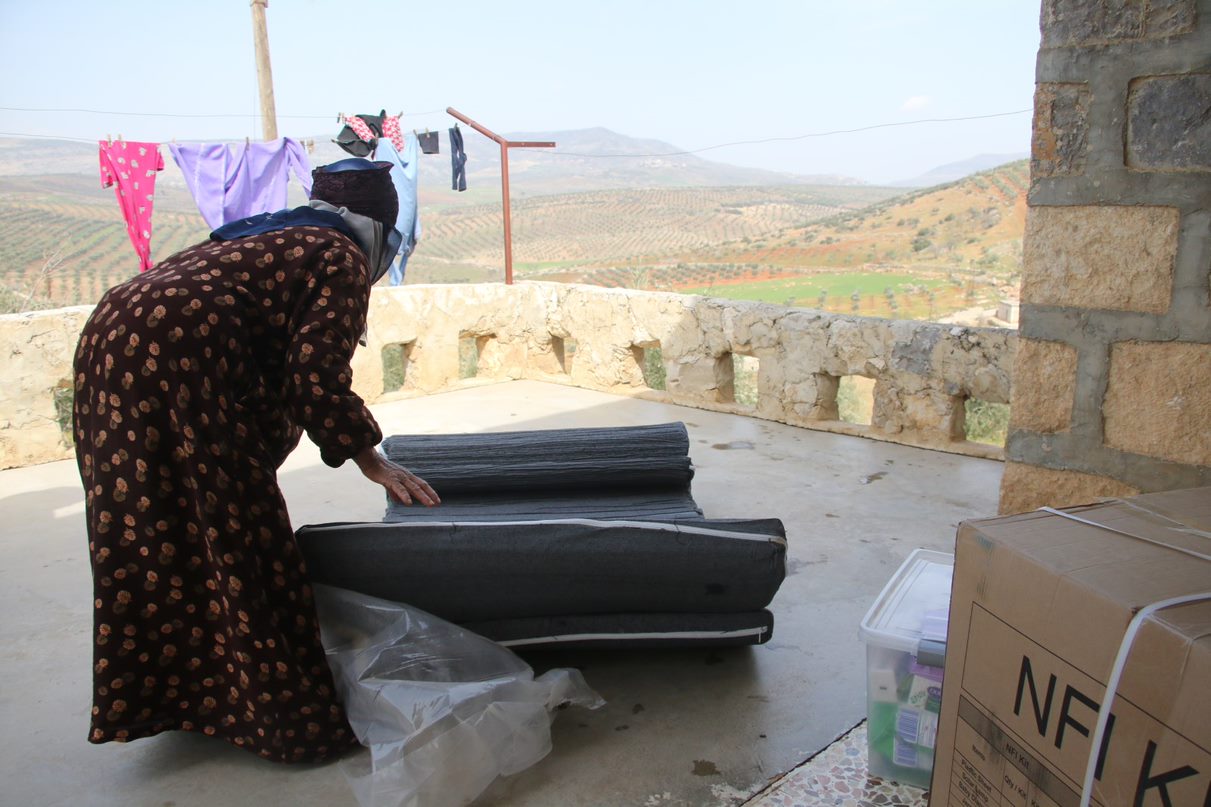 “All I want is to make sure my daughters are safe and to die in peace after that.”

Hajjah Leila, who is nearly 70 years old, is responsible for her two widowed daughters and their children. They live in Syria, where they survive in difficult living conditions.

Three years ago, they were displaced from Abi Al-Dahour in the western countryside of Aleppo to Bulbul, one of the Afrin countryside’s forgotten villages. Hajjah’s family, who lives in a ruined settlement, earns some income from their land, but not enough to survive on. They were in dire need of food and basic necessities such as blankets, mattresses, and cooking utensils.

Syria Relief & Development’s Emergency Response Team conducted evaluations during a basket distribution project, serving 20 villages in the Bulbul and Ma’batli districts. The goal was to identify displaced people who were not yet receiving any services and were in urgent need of assistance. After evaluating Hajjah’s family’s condition, the team sent emergency baskets to them.

“This basket has allowed me to secure so many things my household needs,” said Hajjah. Blankets, mattresses, sponges, feminine products, hygiene products, cooking utensils, and a flashlight were among the items in her bag.

The emergency basket distribution project provided 1,124 families with specially designed emergency baskets. Baskets were also given out as part of the initiative to the following individuals: