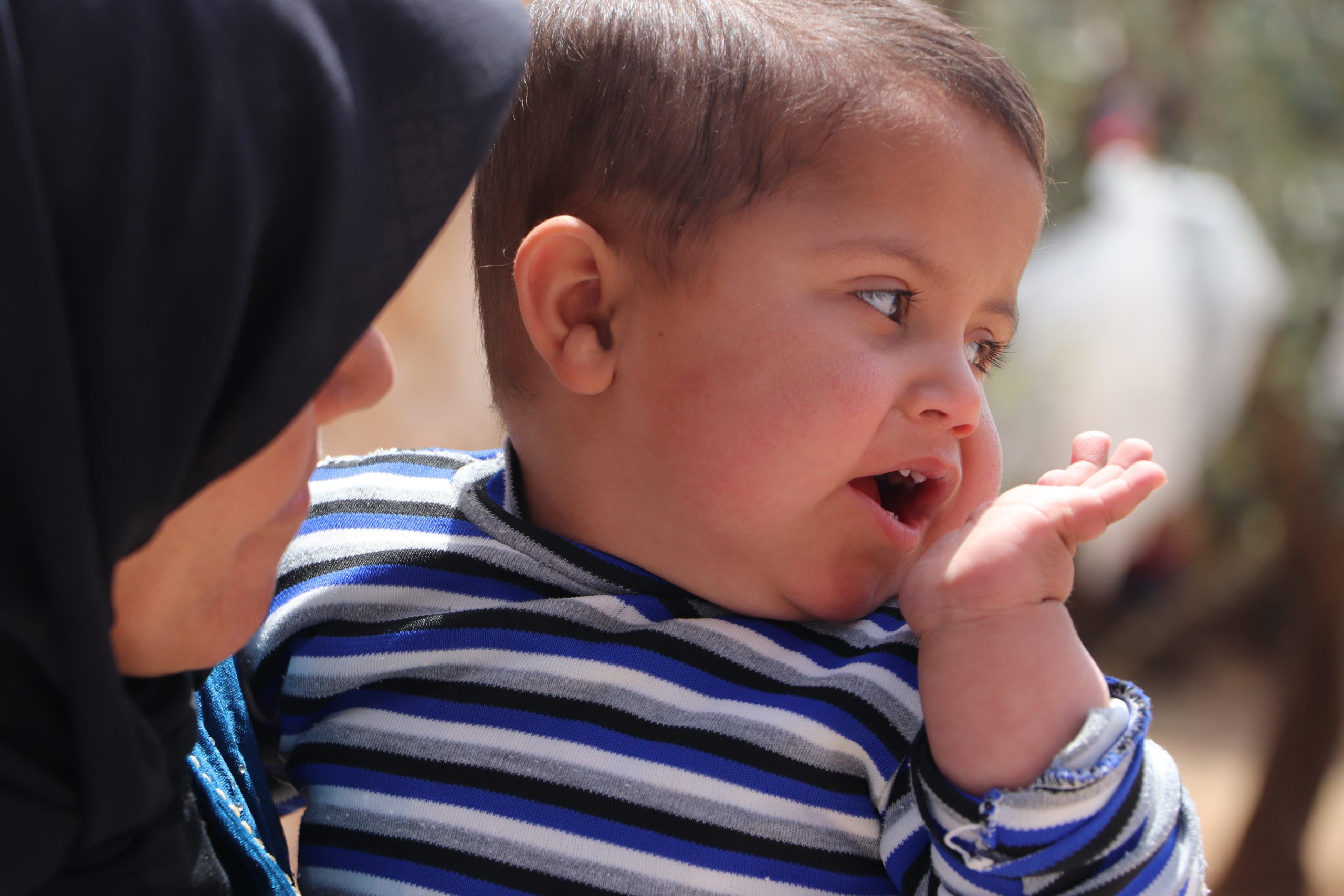 Malnutrition is a ghost haunting the people of northern Syria, especially the children. Ibrahim, 3, lives in north Qabasin with his mother, who was unable to seek medical help due to a lack of facilities.

Syria Relief & Development’s (SRD) mobile nutrition team was in Al-Bab one day working to find malnourished infants and pregnant women in the area. They came across Ibrahim and saw that he was clearly in bad shape, suffering from acute malnutrition, edema, and dehydration.

Ibrahim was sent to the appropriate medical facility, where it was discovered that he also had brain atrophy and a deficit of the protein albumin, which affected his growth and made him cognitively weak and unable to speak or stand.

SRD’s team transferred Ibrahim to a specialist who created his treatment plan, which included hospitalization until the complications were resolved, and weekly visits from the nutrition team. Ibrahim’s condition was monitored and his mother was educated through SRD’s Children’s Nutritional Program.

After four months of treatment, Ibrahim had a mid-upper arm circumference (MUAC) of 141. He was one of eight children treated in the same village. After years of delayed development due to a lack of healthcare, Ibrahim can now speak, stand, and perceive. His mother’s wish for a brighter future for her child suddenly seems realistic.