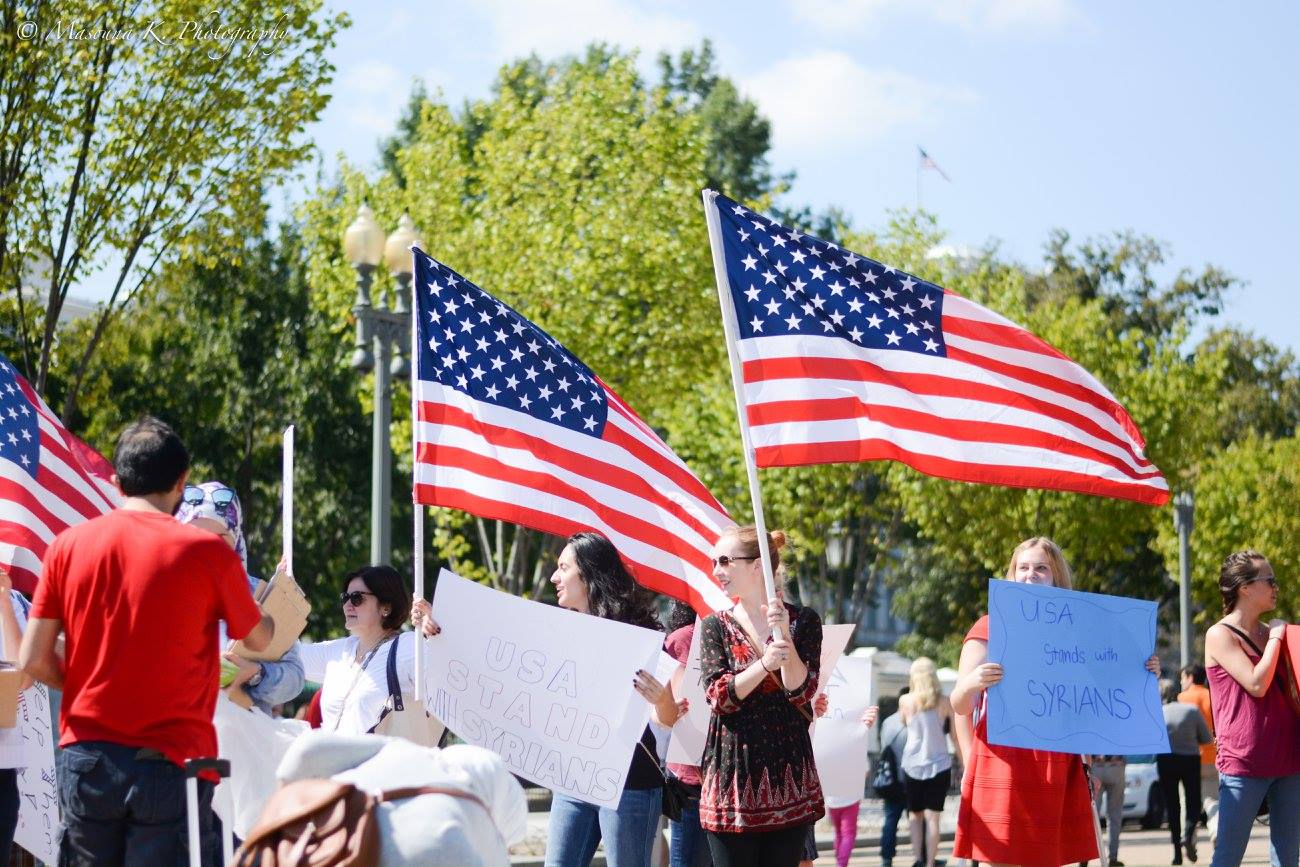 Syria Relief and Development joined a coalition of organizations and individuals in a solidarity rally in front of the White House on Saturday, Sept. 22 to demand the accommodation of greater numbers of Syrian refugees in the United States.

The rally, entitled “DC Solidarity with Syrian Refugees: Let Them In!” coincided with similar events across major U.S. and international cities, including New York, Boston and London, expressing solidarity with Syrian refugees. The DC rally’s goal was to urge President Obama to engage in four key actions: resettle 100,000 Syrian refugees by 2016, work to end the aerial bombardments of civilians inside Syria, lead a comprehensive recovery and support plan for Syria’s neighboring countries and work with countries to bring a political resolution to the conflict in Syria.

Members of the rally held signs and participated in peaceful chants echoing these requests and helped raise awareness of the refugee crisis that continues to overwhelm European host countries as thousands of people fleeing violence and poverty continue to arrive in Europe every day. Organizers prepared a letter that participants and passersby signed requesting that their Congressional representatives urge President Obama to take the actions voiced in the rally.

SRD’s Advocacy Coordinator Isra Chaker, organized the event through Facebook after the jarring image of Aylan Kurdi, a three-year-old Syrian boy of Kurdish decent, captured international attention and sympathy. Kurdi drowned in the Mediterranean Sea when he slipped out of the hands of his father in a boat carrying refugees to Europe. He resurfaced days later on a Turkish shore with his clothes intact. His photograph quickly became an iconic representation of the suffering of the Syrian people and the peril of the refugee experience.

“Our country has a proud and long tradition of serving as a safe haven to those fleeing unimaginable violence and sorrow,” Chaker said. “Time and time again, we helped refugees find a better life in the United States. Now, for the sake of Aylan and the millions of others whose lives have been torn apart as a result of the Syrian war, we must act.”