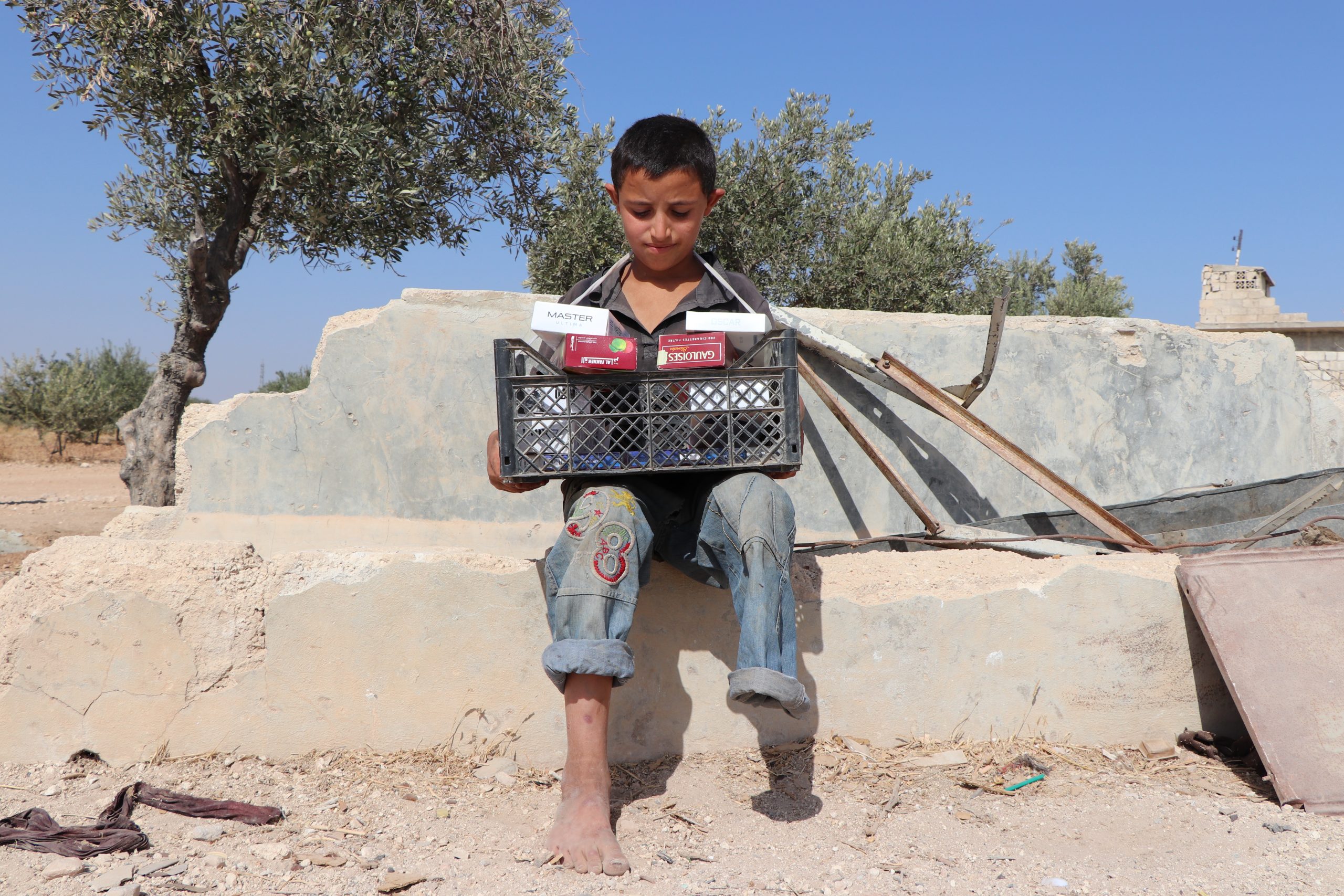 Nadim Muhammad Haji Abdullah, eight years old, was hit by a landmine in Tabqa, Syria. Consequently, he was left with an amputated leg and a serious shoulder injury.

Nadim’s family was forced to flee their home to find safety and found a small room in Bazaa Camp years later. There he lived with his father, stepmother, and three younger brothers. Unfortunately, Nadim’s mother passed away four years ago, and his father is now suffering from heart disease. At just 12 years old, Nadim was the only one capable of caring for his family.

Nadim began to sell tobacco at Bazza Camp, which caught many people’s attention. Samar of Syria Relief & Development noticed him, and they soon became friends. Samar informed his supervisor of Nadim’s situation to obtain financial assistance and get group activity sessions set up for him. The dangers of child labor and the importance of Nadim’s education were taken into account.

After a few group activity sessions, Nadim’s outlook on life greatly improved, and he registered for school.