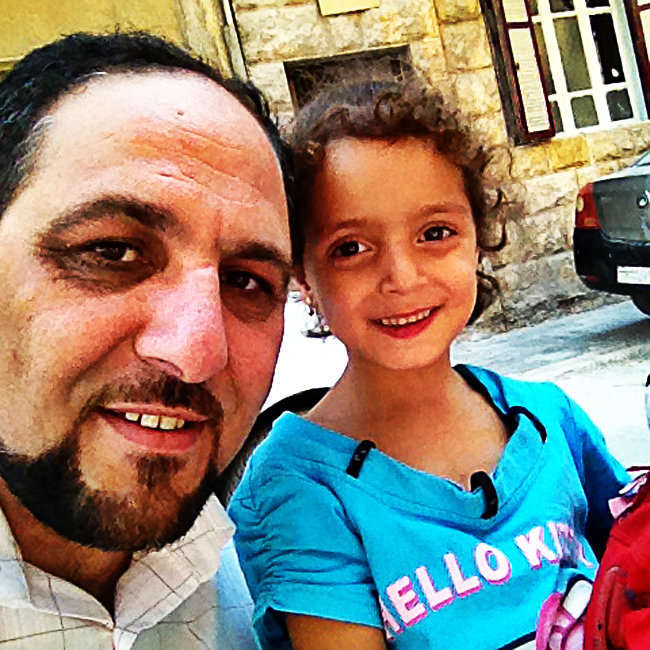 Dr. Seri Bakkar is Syria Relief and Development’s Jordan Country Director. Originally from Syria and as a physician himself, Dr. Seri has a passion for helping Syrians in need, particularly with meeting the medical needs of the injured. He visited Syria recently to check in on SRD’s programs and assess the situation.

Recently I visited Syria to get a first-hand glance at our programs in action and to also assess the situation in just a few of the areas where Syria Relief and Development works throughout the country. Just one year ago I had traveled inside Syria into Homs and found the situation to be dire. This time, while traveling through Aleppo I couldn’t help but notice that people were living a bit better in areas that were being protected by the Free Syrian Army. There were open shops and houses and people were moving freely from one place to another, though they were all aware that an attack by the current regime army forces could happen at any moment.

In general, no matter where I went, I could see the visible signs of destruction—homes and buildings turned into nothing but rubble. And the economic situation is also visibly deteriorating. Agriculture has suffered and small businesses have been destroyed, closed down or abandoned due to the conflict.

It is difficult to say so, but in a way it seems that people have almost gotten used to the attacks. Whenever shelling occurs or a bomb is thrown into an area, the wounded are taken to hospitals and the dead are buried and then people resume their normal lives—as if such a situation could be considered normal by any means. Their ability to go on and try and live in the face of such atrocity is a testament to their resilience.

While visiting in Syria, I met a female student in her fourth year of studying Business and Economics. She excelled academically, coming in at the top of her class and had left her family in Tartus, Syria to work as a journalist in one of the hospitals in Aleppo. She refused to accept an offer to continue her studies in Turkey because she wants to get her degree from a free Syria. Her love of her homeland is something I see often among Syrians everywhere—a bond that ties them to a place with so much history. May their future be full of peace.