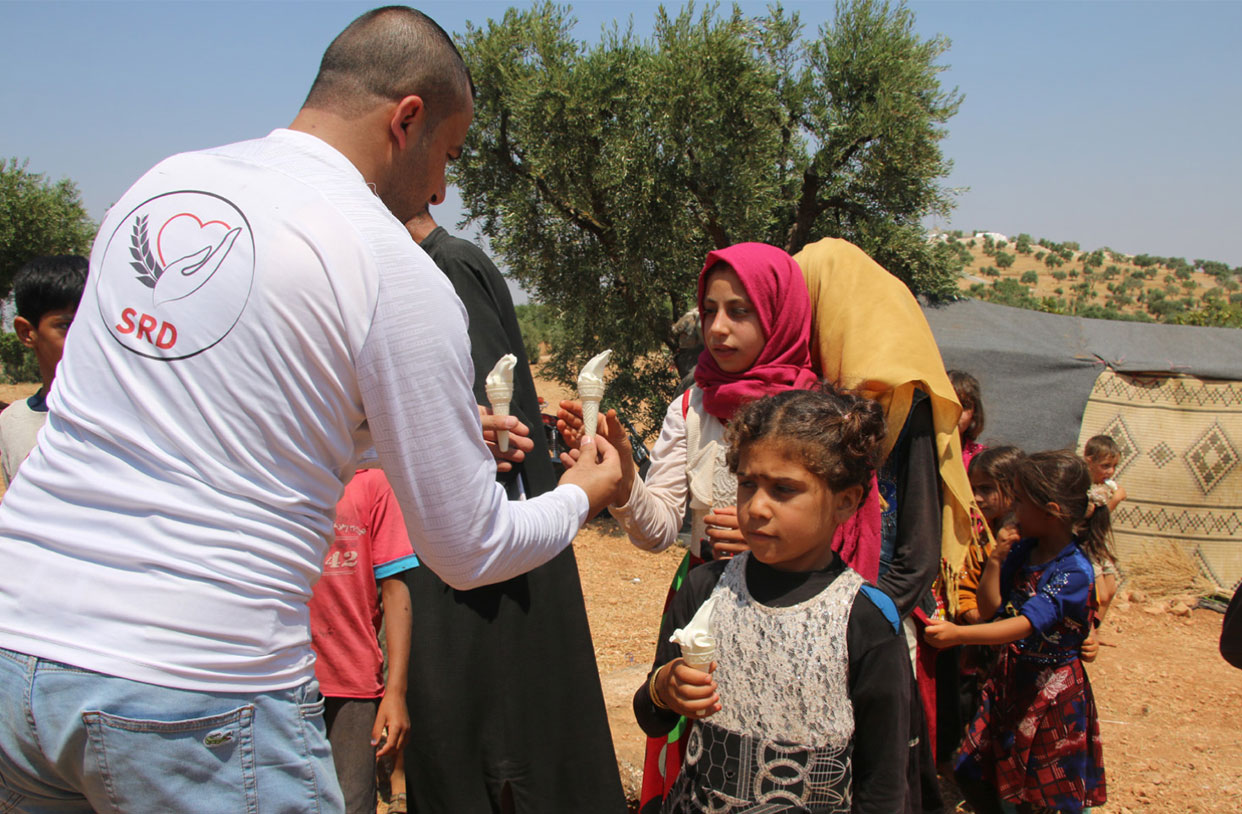 A recent attack caused nearly 50 families to be displaced from their homes near the Turkish border of Syria. SRD’s relief teams distributed care packages to alleviate stress to the newly homeless families.

“We distributed 45 food baskets to these families, along with 90 toy packages for the children at the camp,” said Omar Shami, one of the team members. “We also shared ice cream with these children and their families.”

Umm Mohammed, a mother of five children, was among those who were assisted. “It means a lot to me and the rest of the displaced families,” she said.  “And of course, I won’t forget the joy of my children when they received those toys and games.”