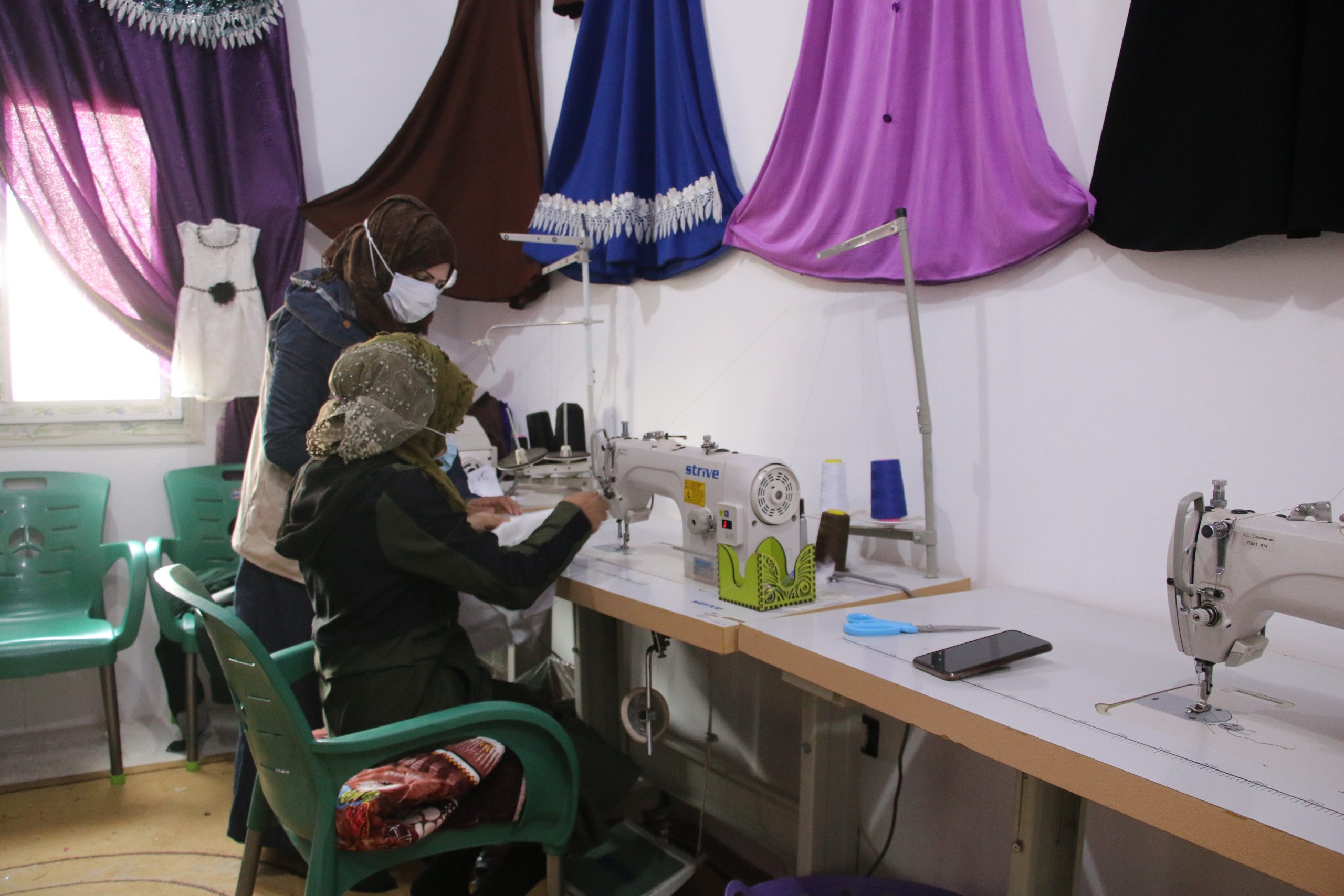 Since the beginning of the war in Syria, the plight of people with special needs has only gotten worse. People in this community are the most vulnerable to crisis setbacks.

Malak, 19, has been deaf since she was born. She felt alone in a world where she couldn’t communicate with others. Many years passed before she was given the opportunity to learn sign language. Finally, she found a way to express herself and feel empowered.

Malak’s family was forced to flee from their village in Al-Ghab and settled in Jindires. Her aunt soon realized Malak was deeply depressed and urged her to visit The Balqees Center.

After visiting the center a few times, Malak took up sewing. Her teacher noticed she was a fast learner with natural abilities. Malak was able to measure, cut, and rotate darts to create clothing after two months. Sewing has given her a new way to express herself, socialize, and feel empowered.

To meet the community’s needs, the Balqees Center was recently established as a protection service for women and children in Jindires. The city has a population of 40,000 people, 25,000 of whom are displaced.