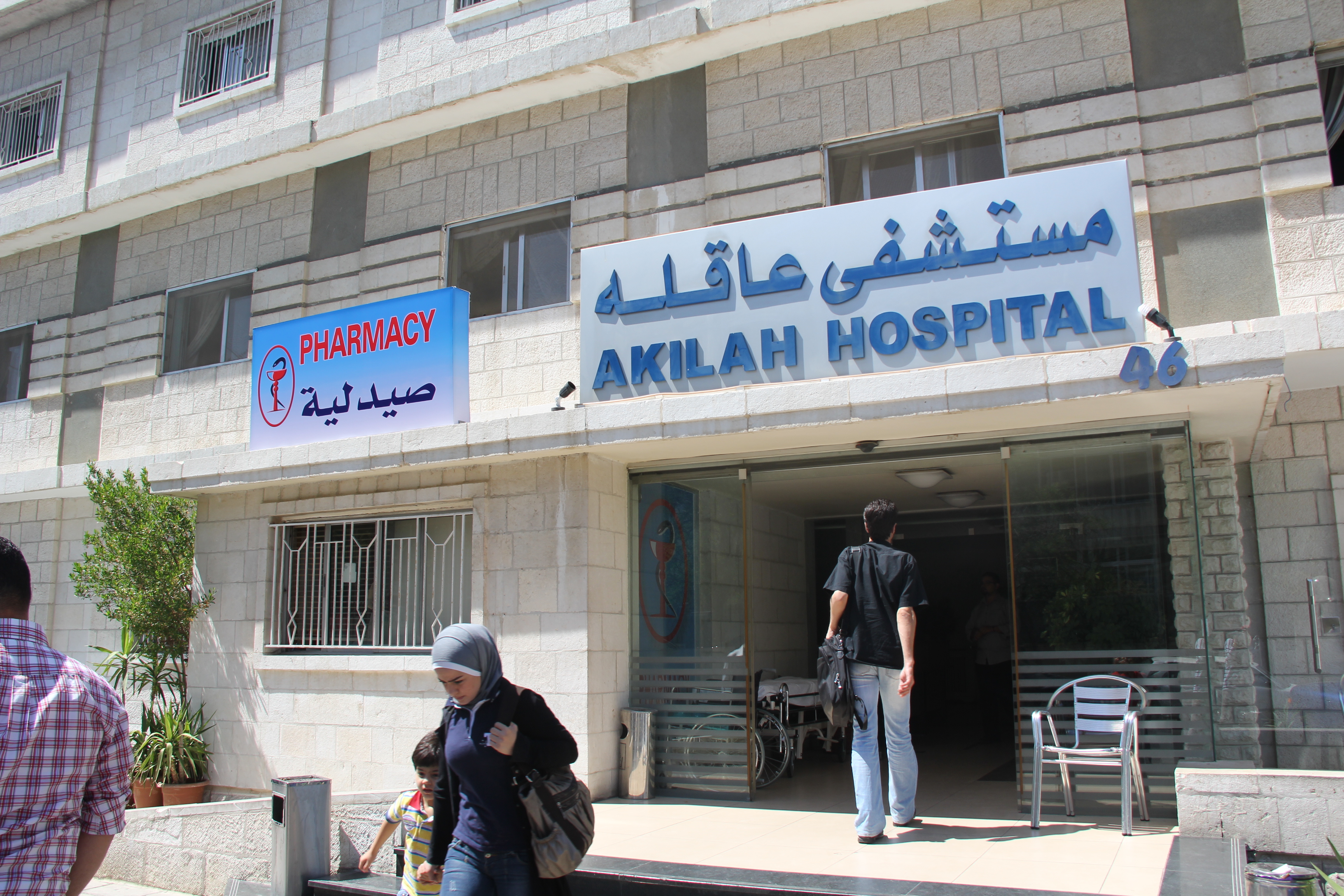 Sara Jawhari, a recent graduate of the University of Kansas and an avid visual storyteller is traveling to Amman, Jordan this summer to document the stories of SRD’s beneficiaries. Get Sara’s latest updates from Jordan by following us on Twitter (@SyriaRandD) and Facebook (Facebook.com/SyriaReliefandDevelopment).

During my first day on the job, I met Dr. Seri Bakkar, head of Syria Relief and Development’s operations in Jordan. Dr. Seri sat with me for a few hours, giving me a rundown of the history of SRD’s medical wing inside Akilah Hospital—a women’s hospital in Amman. Through the support of generous donors and grantees, SRD is able to rent out two floors in the hospital and establish a facility that treats Syrian refugees free of charge.

Prior to arriving in Amman I read up on the hospital and the program but the magnitude of treatment opportunities provided didn’t occur to me until my first visit. I was honestly beyond impressed as Dr. Seri went through some background numbers and statistics with me. The medical wing is approaching its one-year anniversary, having first opened its doors to patients on July 1, 2012. In the first month alone, the staff was able to provide medical care to more than 500 patients and perform 56 surgeries. Now, monthly patients exceed 3,000, with more than 80 surgical operations. Thus far, the treatment center has served more than 25,000 patients and performed more than 1,500 successful surgeries. Beyond that, 97 Syrian children have been born in SRD’s medical wing, 54 being C-section births.

The most unique thing I felt about the program is that all staff members are Syrian refugees themselves. Many medical volunteers come through as often as they can, but the general staff consists of doctors (male and female), nurses, assistants and greeters, all of Syrian origin.

My first visit to the hospital was a rather traumatic experience. Nothing could have ever prepared me for the horror the patients endured physically and mentally before they arrived at the medical wing. I visited a woman in her late twenties, Alma, who was beaten so severely that she is now permanently paralyzed. She has spent months being treated at SRD’s medical wing and has severe bedsores as a result of her immobility. Later, I visited a room with four male patients recovering from various injuries. One of the men had both legs amputated the week before, while another man, his arm. The doctors also took me to meet a young man named Mahmoud, who had suffered constant torture by electrocution and had just come out of a skin graft surgery to close up a large gash on the side of his abdomen. We entered his room just as a nurse was checking on his wound and I was exposed to the graphic nature of his injuries. It was at that point that I had to excuse myself from the room.

I must admit I was quite ashamed at my reaction. As a woman who grew up in the West, I’ve always been proud of the fact that I voluntarily expose myself to the grim realities of people around the world to keep me grounded, humble and aware. But after my first visit, I questioned whether I’d be strong enough to spend two months following the difficult stories that awaited me within the walls of Akilah.

I took the next day off to process everything I had witnessed and try to refocus. After hours of deep contemplation and conversations with my family, everything seemed to come together: Everyone has a voice. Some have just been silenced. My belief is that it is our jobs to utilize our privilege and resources to amplify these silenced voices. And I can only hope and pray that the work I take part in inspires others to do the same in one way or another.