Helping the Children of Zaatari 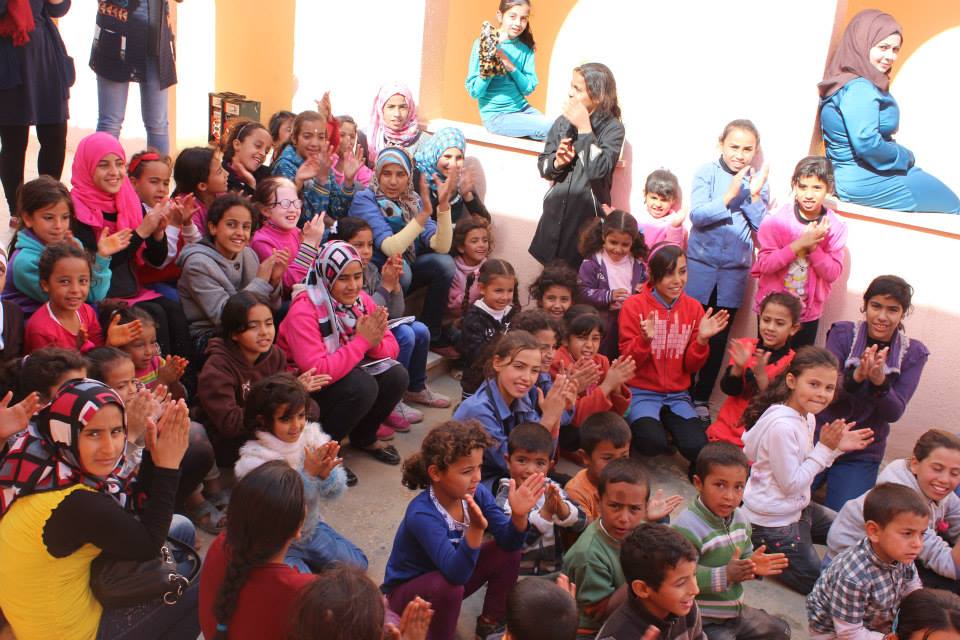 Charmel Khajavi is a 3rd year student at the University of Central Lancashire studying Arabic. This past year she spent a semester studying in Jordan where she volunteered with Dar Al Yasmin in Zaatari village near Mafraq, Jordan.

Syria is a beautiful country: the Zabadani mountains overlooking Damascus, the Barada Spring where barbeque smokes scent the air each Friday, the historical beauty of St Ananias Church in the old city Damascus, the beautiful greenery of Homs mountains in the spring, the clear waters of Samra beach, the old port of Tartous and so much more. It’s hard to imagine such beauty being destroyed. But to the people of Syria, tragically, this has become an unfortunate reality.

An estimated 10.8 million Syrians—many of whom are children—have fled their homes and sought refuge in neighboring countries since the crisis began in 2011. Zaatari refugee camp in Jordan is one of the largest refugee camps in the world, housing more than 80,000 Syrian refugees that make up part of the 619,000 Syrians residing in Jordan.

As a British university student, my daily concerns consist of university deadlines, not having the time to go food shopping, having to wait for the bus and waiting until payday to go shopping. On the other side of the world, 3000 miles away in Zaatari refugee camp, Horaya wakes up and wonders when her dad will return. She watches her mother weep because she can’t feed her family and watches her brother cry from hunger. Horaya watches her family struggle just to make it through the day.

But once a week, Horaya and other Syrian children from Zaatari can escape their harsh realities to the wonderful world Dar Al Yasmin (DAY) provides. DAY is a French NGO created in the summer of 2013 to help the increasing needs of Syrians in Zaatari village and refugee camp. There are 4 programs DAY currently runs: entertainment (Habaybi), education (Alif Ba), non-food items (NFIs) distribution (Help us House) and health coordination (Help us Heal).

While studying abroad in Jordan, I had the privilege of attending Habaybi events. DAY organized and ran activities with the children, such as painting, drawing, playing games and interacting with them. A yellow bus filled with volunteers would pull up to the school in Zaatari village, greeted by a crowd of happy, smiling, optimistic little faces with their noses pressed up against the doors. There was a beautiful balance of fascination and adoration between the volunteers and the children.

One experience that sincerely touched my heart was with a little Syrian girl named Lara. I sat with her ready for a photo at the end of one of the events DAY held, when she tucked my hair behind my ear, kissed me on the cheek and told me I was beautiful. These children are beautiful, kind and warm-hearted and have suffered terrible losses of homes, family members and their childhoods. They have a generosity in their spirits even though they have nearly nothing left.

I believe the work charities such as DAY do is truly incredible as it gives the children a chance to have as much of a normal childhood as possible under their heartbreaking circumstances. I hope to be back out in the dusty Zaatari village, getting off that yellow bus to the beautiful lost youth of Syria again very soon.