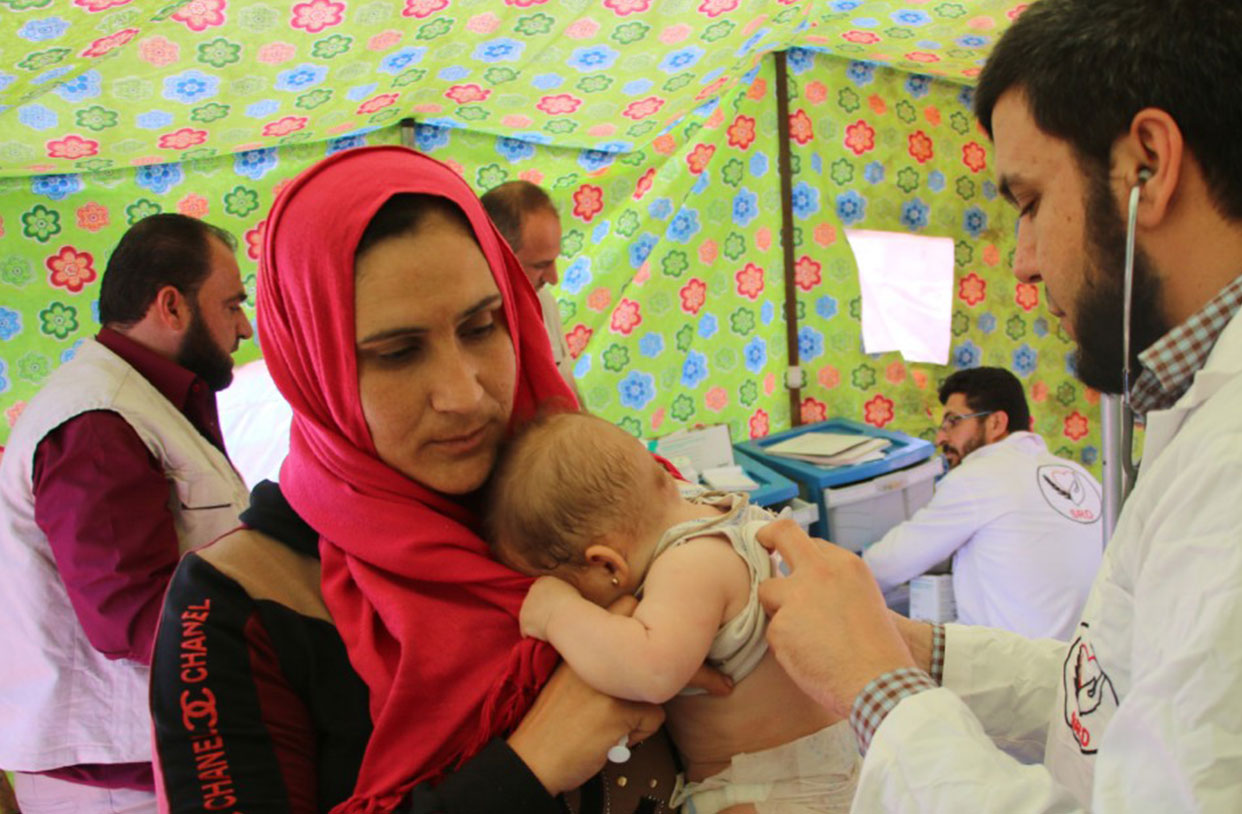 Air raids in Syria have shattered countless homes, leaving entire families like this mother and her six children homeless and injured.

In search of a facility to treat her child’s life-threatening conditions, the mother found Atmeh Camp in a border area.

“My seven-month-old daughter, Sedra, was having great difficulty breathing after she came out of the dust from the airstrikes.” She feared her daughter would not survive, so the camp staff directed her to the Kav Hamra Clinic, an emergency response facility for displaced people in the border areas.

The doctor examined Sedra and discovered that Sedra’s lungs were weakened by inhaling a large amount of dust from the air raid. Sedra immediately began treatment and was prescribed the appropriate medication to return home with.

Because of the recent wave of displacement in Syria, the increased need for ambulatory clinics like the Kafr Hamra Clinic are not restricted to the Atmeh camp. There are currently approximately 608 beneficiaries, spread throughout many areas and camps, including Kfernbudde Camp in Wadi Al-Ghazal, Wadi Al-Ghazal School, Jamat Junction Camp, Al Shumookh Camp, and Kafr Sahna Development Camp.