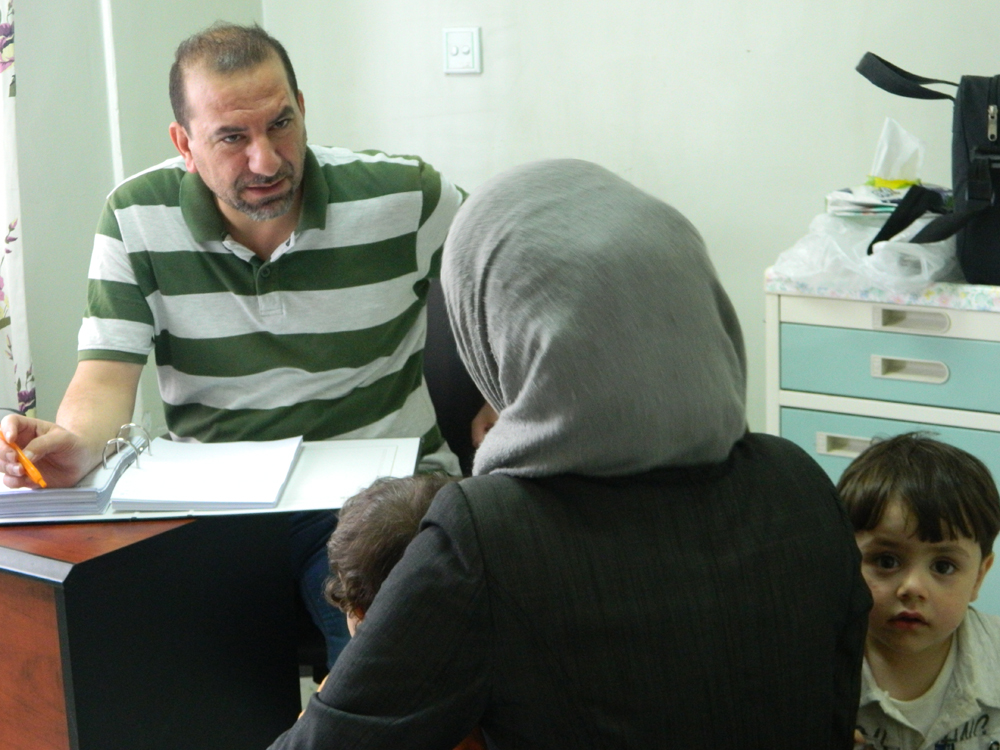 Our ability to understand conflicts often depends on what our eyes can see. Nothing paints a more painfully obvious picture of suffering in Syria than the destruction of once-prosperous cities that now resemble post-apocalyptic towns in the havoc they have endured. But in processing the overwhelming nature of the physical destruction, we sometimes overlook the psychological conditions of the people who live through it all, the ordinary people enduring highly unordinary circumstances.

Last week I had the chance to sit down and talk with Dr. Nasser about working with the Syrian refugee population in Amman. After meeting him and sitting in on a couple of his consultations, I could tell that his compassion and reassuring presence serves as a comfort to patients who have endured difficult circumstances. One of the most common issues Dr. Nasser sees among his patients is Post Traumatic Stress Disorder (PTSD). This refers to a condition in which victims experience shock and distress after a traumatic event, even after many years of physical separation from the event. Among Syrian refugees, Dr. Nasser has witnessed other common mental health issues, including anxiety disorders, depression and Obsessive Compulsive Disorder (OCD). These conditions often come with warning signs such as social/emotional withdrawal, aggression and extreme fluctuations in mood. Children are especially vulnerable and often experience flashbacks and nightmares reminding them of the carnage they witnessed in Syria.

Exposure to extreme violence takes an unimaginable toll on children. Dr. Nasser told me he believes children are the most-affected psychological victims of war. Exposure to extreme violence has left many young souls utterly traumatized. This trauma, Dr. Nasser believes, will manifest itself in the next generation and can last for decades. Certain forms of therapy, such role playing, expressing emotions through art and using music as a form of relaxation, can help children better cope with time. But for children who have lost one or both parents, or even a friend or classmate, the healing process will be longer and more challenging.

Refugees are not only afflicted by trauma from war inside Syria, but also by the experience of forced migration. Countless families have left their homes without a dollar to their names and nothing but the clothes on their backs. For many individuals this breeds a host of negative emotions, from helplessness to rage which manifests itself in everyday life. Family members must also seek employment which can be challenging due to economic competition and the potential stigma against hiring refugees. Children, among other family members, may experience additional instability and stress due to the sudden displacement from their homes and, in many cases, their educations. Even with all of these concerns, however, Dr. Nasser says that less than 10 percent SRD’s trauma center patients seek psychological assistance, possibly because of the cultural stigma that exists in the region against seeking mental health treatment.

The mental health challenges Syrian refugees face make it clear that the world needs more heroes like Dr. Nasser. We cannot forget the psychological damage this war has already inflicted on Syria’s people. We must ask, look into and address how this crisis has broken individuals and shattered families, ingrained memories of suffering and sentiments of despair, and threatened the harmony of Syria’s people and its culture for years to come.