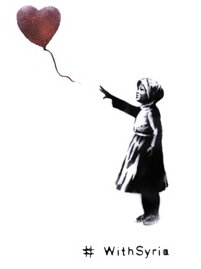 Senators Tim Kaine (D-Va.) and Marco Rubio (R-Fla.) led a bipartisan group of senators introducing a resolution last Thursday, March 13, urging the president to develop and submit to Congress a new U.S. strategy for addressing the humanitarian crisis in Syria. The resolution came as the world marked the third anniversary of the Syrian crisis on Saturday, March 15.

The following is a statement presented by a group of non-governmental organizations (NGOs)–of which SRD is a part–in support of the resolution:

The undersigned organizations would like to extend our thanks to Senators Tim Kaine (D-VA) and Marco Rubio (R-FL) for introducing the Syrian Humanitarian Resolution of 2014. We urge other Senators to join their colleagues by co-sponsoring this important bipartisan resolution.

This week the conflict in Syria will reach an unwelcome milestone as it passes the three-year mark of the crisis. United Nations Under -Secretary General for Humanitarian Affairs and Emergency Relief Coordinator, Valerie Amos, described Syria as the “biggest humanitarian crisis the world faces today.”

The scale of the Syria crisis continues to increase exponentially. Nine million Syrians, approaching half of the country’s pre-war population, have fled their homes. Six and a half million people are internally displaced. Of this number, three million are trapped in hard-to-reach or besieged areas; an estimated 250,000 people have been cut off from assistance for over a year. The United Nations has registered more than 2.4 million Syrian refugees; governments in the region estimate over three million Syrians have fled their country. The suffering of Syrian civilians is alarming and overwhelming, with women and children disproportionately vulnerable to the violence and the effects of the war.

Passage of the Syrian Humanitarian Resolution of 2014 would be an important statement from the U.S. Congress in recognizing the scale of the crisis and the depth of the human rights violations being committed. The resolution calls on all parties to the conflict to immediately halt indiscriminate attacks on civilians and civilian infrastructure and urges all parties in Syria to allow for and facilitate immediate, unfettered access to humanitarian aid throughout the Syrian Arab Republic, respecting the safety, security, independence, and impartiality of humanitarian workers and ensuring freedom of movement to deliver aid. It also supports the immediate and full implementation of United Nations Security Council Resolution 2139 which is the next key test of ensuring desperately needed aid reaches millions of Syrians.

Our organizations are committed to doing everything we can to ensure that the people of Syria do not lose another year to bloodshed and suffering. We stand with the people of Syria, and people around the world, in calling for our leaders to make the same commitment and engage the public. We urge strong support for and swift passage of this critical resolution.