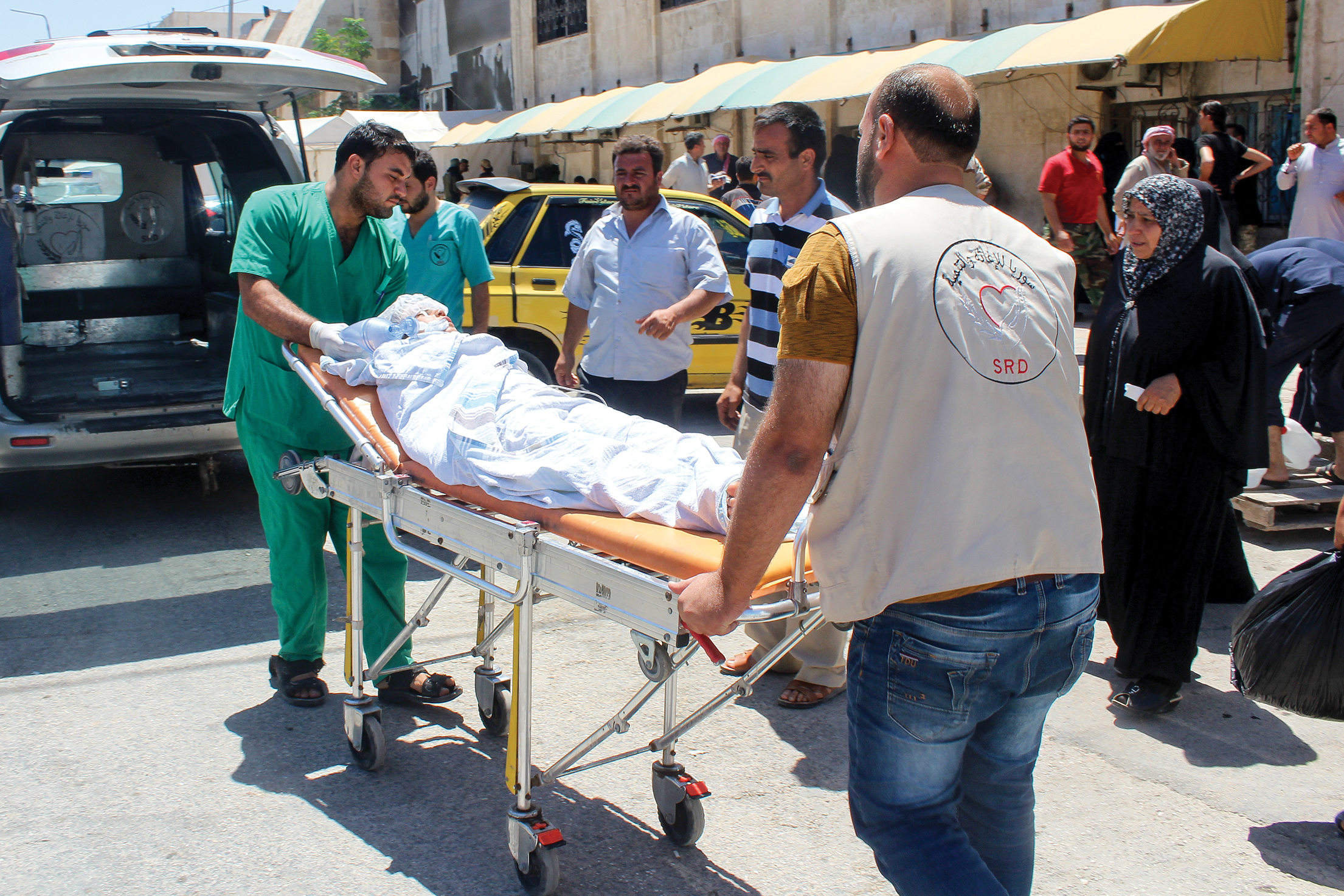 Syria Relief & Development (SRD) staff has been responding to the world’s most pressing humanitarian crisis since 2011. Today, innocent civilians are still being attacked on a daily basis.

The Systematic Targeting of Healthcare Personnel and Facilities

According to Physicians for Human Rights (PHR), from March 2011 through March 2020, PHR corroborated 595 attacks on at least 350 separate medical facilities and documented the killing of 923 medical personnel.

Since 2013, when multiple deadly gas attacks happened in Aleppo, Idleb, and the outskirts of Damascus, Syria has recorded at least one chemical attack every year. These attacks create urgent large-scale health emergencies that local health facilities are unequipped to handle. Obtaining medical equipment and medication becomes a huge burden for healthcare providers who are striving to save the lives of the most vulnerable people.

SRD’s emergency staff provides the following services in an effort to fulfill our mission of planting the seeds of sustainable development in Syria:

Transport the wounded and disabled to regional health facilities

Hygiene, shelter, and other basic necessities for IDPs

Al-Bab – October 6, 2020, a truck bombing attack in a busy residential neighborhood at the center of Al-Bab city killed at least 18 civilians and injured over 70 more.

Idlib – April 4, 2017, a chemical attack in Idlib killed 89 people, one-third of whom were children, and injured hundreds more. 178 individuals were treated at SRD’s hospitals after inhaling chemical gas. Most of the patients experienced respiratory failure.

Eastern Ghouta – 400,000 people had been under siege in Eastern Ghouta. In 2017, UNICEF reported that nearly 12% of children in Eastern Ghouta were suffering from acute malnutrition. SRD provided the people with 23,000 meal kits, 1,000 heaters/fuel, and 26,800 care packages.