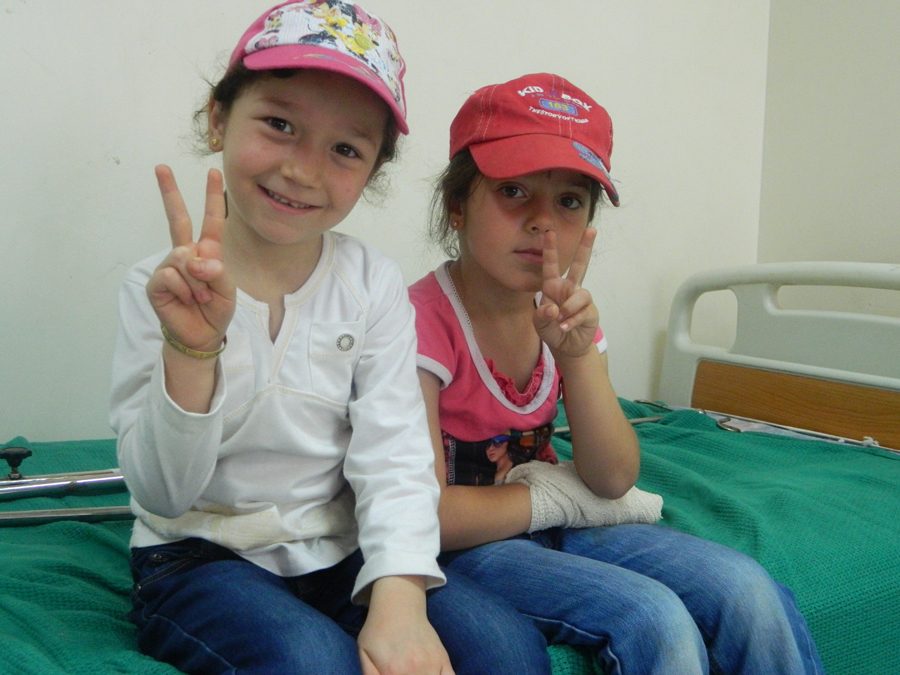 What words do we use to describe the tragedy in Syria? With last week marking the four-year anniversary of the conflict—journalists, academics and politicians have been pressed for an answer. In attempts to highlight the gravity of the occasion, disheartening headlines like “race to the bottom” and “march toward destruction” have colored some of the discourse on Syria’s catastrophe. And while such language has the capacity to bring due attention to the plight of Syrian civilians, if overemphasized, it can breed resignation rather than optimism. This distinction matters immensely: the Syrian people, and the humanitarian community that works with them, are full of hope and resilience.

The last four years, SRD has been privileged to witness the courage of our beneficiaries and staff. The recent anniversary of the conflict marks an opportunity to reflect on the stories of our heroes. We remember last April, after a devastating barrel bomb impact destroyed our first hospital in Aleppo, our resilient staff moved to a safer location and resumed treating patients, restoring full operations once again in just 23 days. And a child we recently treated at a pediatric clinic in southern Syria: after consuming contaminated water and suffering from severe inflammation of the intestines, the young girl received advanced medical treatment with courage and endurance and is now known among staff for her energy and optimism. At SRD, this is the language we use to define the conflict for us; this is the picture we want to paint for Syria’s future, one that will grow from the resilience of its people.

The four-year anniversary of the conflict is a collective pause for the international community, but for Syrians on the ground it does not offer a reprise from their daily grind. Syrians want the world to know their struggle, but also their resilience. Their ability to endure demands we recognize their fortitude.