Press Release: Nearly 400,000 Civilians Cut Off from Aid in Aleppo and Manbij 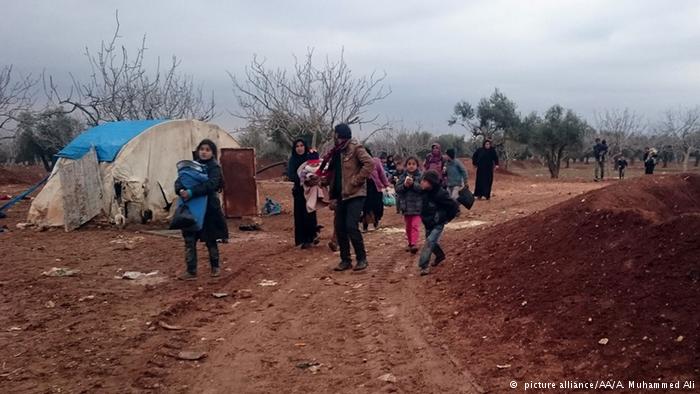 NEARLY 400,000 CIVILIANS CUT OFF FROM AID IN ALEPPO AND MANBIJ SINCE SYRIA SUPPORT GROUP PLEDGED TO SECURE ACCESS //

More than 300,000 civilians in Aleppo and an estimated 60,000 in the Manbij area, Syria, have been cut off from aid in the last three weeks, marking a shameful deterioration since the International Syria Support Group (ISSG) promised to open full access to aid across the country six months ago.

While the ISSG meets in Geneva, 24 aid agencies working in Syria are warning of the rapidly worsening humanitarian situation under its watch. Front line advances in Manbij have led to thousands of civilians being cut off from aid and forced to flee their homes. In Aleppo, where five medical facilities have just been bombed, the last supply route into the opposition-held part of Aleppo along Castello Road was cut off by the Syrian army on 7 July, with no aid staff nor supplies allowed to enter. Food there is expected to run out over the next few weeks. A food warehouse was also targeted with almost 10,000 food parcels destroyed, while fuel—essential to power medical facilities and water pumps—is dangerously low.

“Syrians in Manbij, Aleppo, Idleb, Daraya and all across the country are now facing hunger and medical  deterioration,” said Save the Children’s Syria Country Director Sonya Khush. “Supplies are quickly running out and women, children and men will begin to starve unless the armed parties on the ground are made to open the way for humanitarian aid. The parties responsible for this are in the meantime feeling bolder in committing their violations.”

“This last development means that the only consistent food source for civilians is now gone,” said Yarub Al-Shiraida, Syria Relief’s country director. “People are already suffering from acute malnutrition in what is threatening to turn into another Madaya” —where severe besiegement led to at least 86 deaths due to starvation last December.

In Idleb, airstrikes have increased dramatically over the last couple of weeks, destroying houses and civilian infrastructure, and forcing around 3,500 families to flee to neighbouring districts.

The UN has reached or has received approval to enter all the besieged areas since the ISSG was set up. However, on 11 February, the ISSG said that access to besieged areas is only the “first step toward full, sustained, and unimpeded access throughout the country”.

“We remind all the governments involved—particularly the US and Russia as co-chairs of the ISSG convening in Geneva today—of their responsibility to oversee the immediate implementation of UN security council resolution 2258 calling for unrestricted humanitarian assistance across all of Syria,” said Frances Guy, head of Middle East for Christian Aid. “We need cessation of hostilities so that aid can go in. The UN Security Council needs to hold all parties to the conflict accountable for breaches to international law, ensure full accountability for war crimes and other serious violations, to stop the prevailing culture of impunity and end the free-for- all carnage, while all countries should allow those fleeing the violence in Syria to seek asylum.”