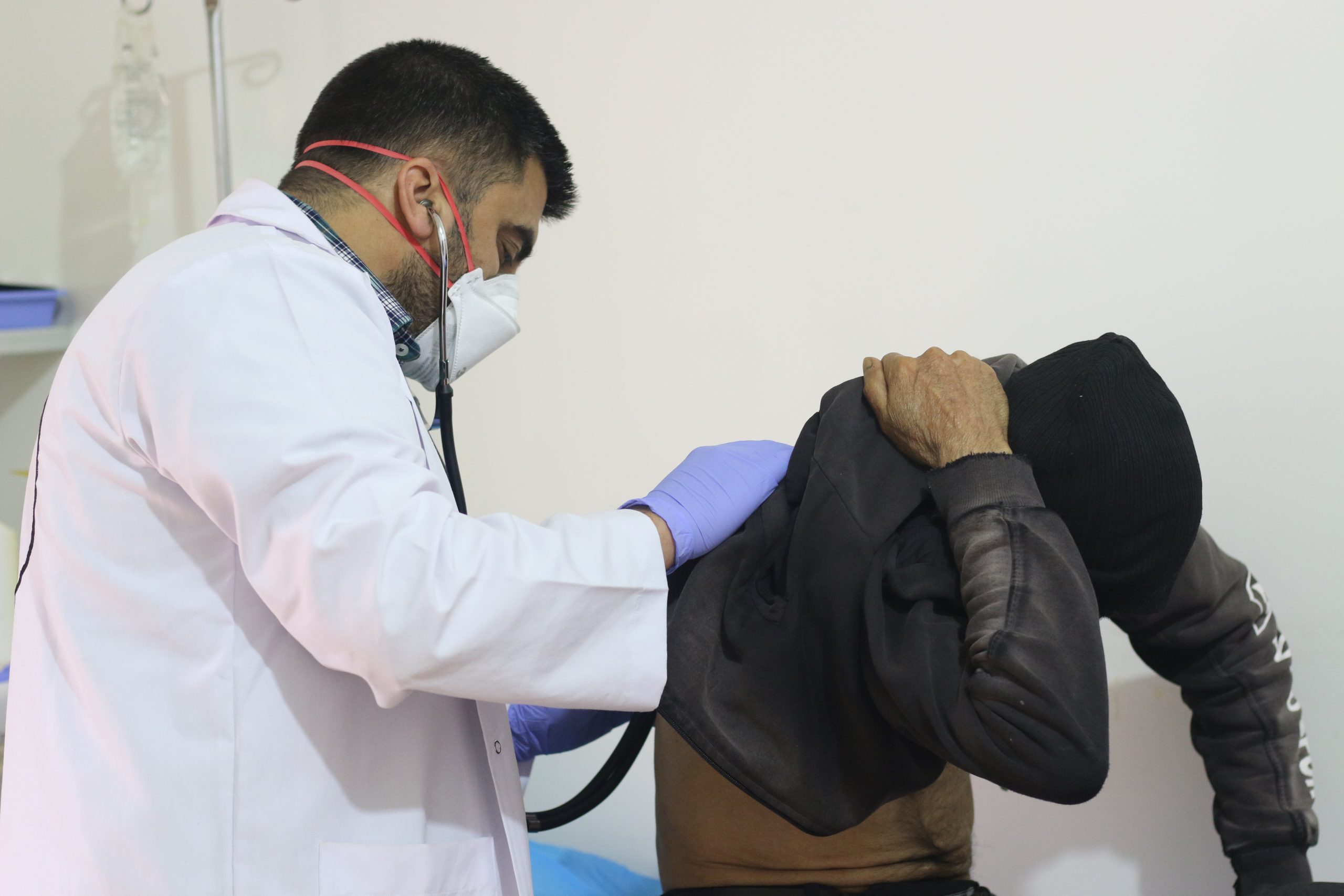 Thanks to years of medical development, the deadly disease, tuberculosis is controlled but not gone. 62-year-old Qassim, who lives with his wife and six kids, is a model of someone who managed to defeat this disease.

Qassim faced many difficulties in his treatment, most notably the stressful psychological state he had reached. The center’s outreach team and medical staff urged him to not give up on the treatment.

To continue the treatment, Dr. Khalil Ayat spoke with Qassim: “The treatment period is 6 months, divided into two periods. The first for two months is called quadruple therapy (four types of medications), and the second is four months with bilateral therapy (two types of medications). Over time you will feel an improvement, but you need patience and serious follow-ups to make sure you can defeat the disease.”

After receiving psychological guidance, Qassim’s mental state improved. “I started my treatment journey with Dr. Khalil and his medical staff, they helped me gain the energy to fight despite my poor physical state,” said Qassim. As the days passed, Qassim improved with significant progress such as weight gain. By the end of the treatment, the tests appeared negative and the doctor closed his treatment card with full recovery.

Qassim triumphed in his challenge with this disease. After his recovery, he began inspiring other tuberculosis patients with his story. “Determination to fight back maybe even more important than medicine,” said Dr. Khalil. “Control of tuberculosis is not only limited to modern treatment methods, but the psychological state has a great impact in strengthening the immune system.”