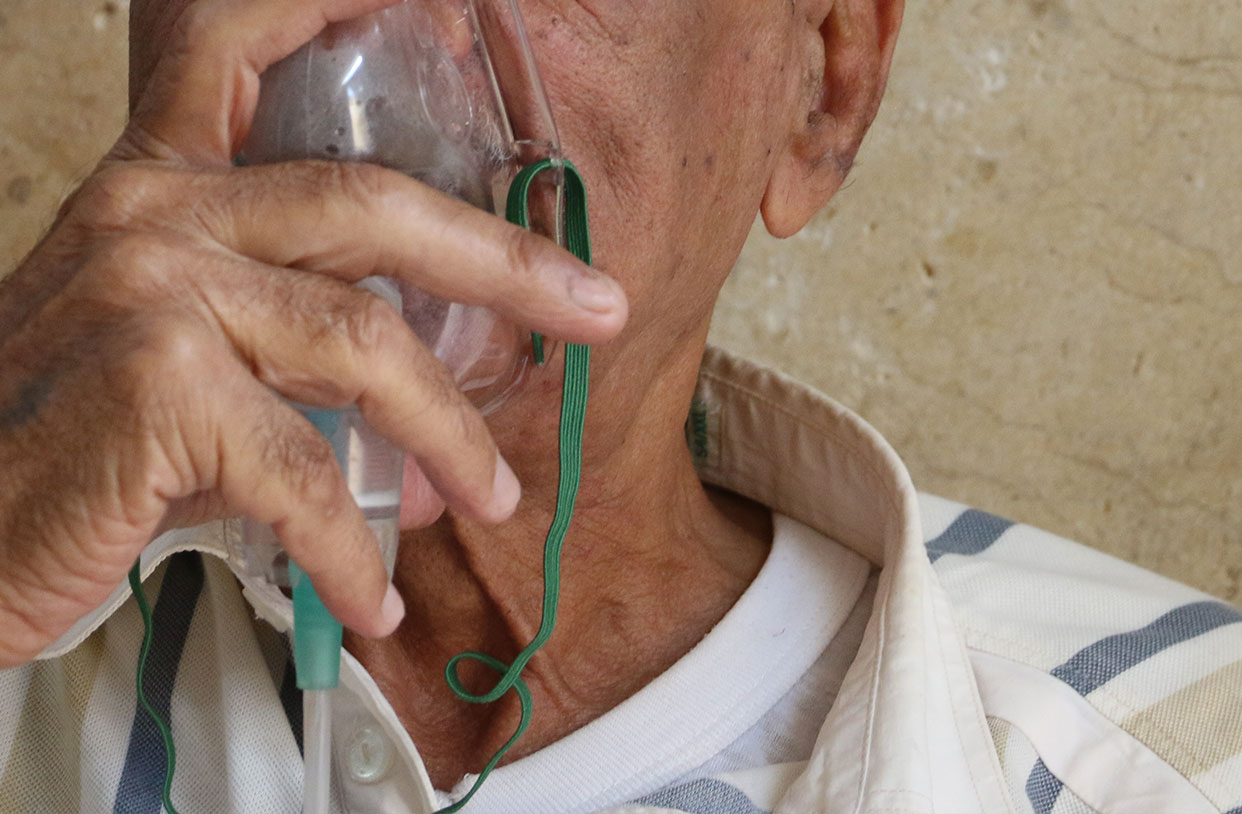 Ibrahim Kassem Al-shhada is a 65-year-old Syrian father of seven. Just like many families, his was left homeless after their home was attacked.

While displaced and living in poor conditions, Ibrahim began to grow ill. “Poverty and the lack of money stopped me from visiting any medical center,” said Ibrahim. “My condition became so bad, and I began asking people about a way out of the misery. That’s when I learned that I could go to the free clinic, Rakaya PHC.” Once at the clinic, a pharyngeal edema was discovered, and he was diagnosed with asthma. He was appropriately treatment and was soon able to return home