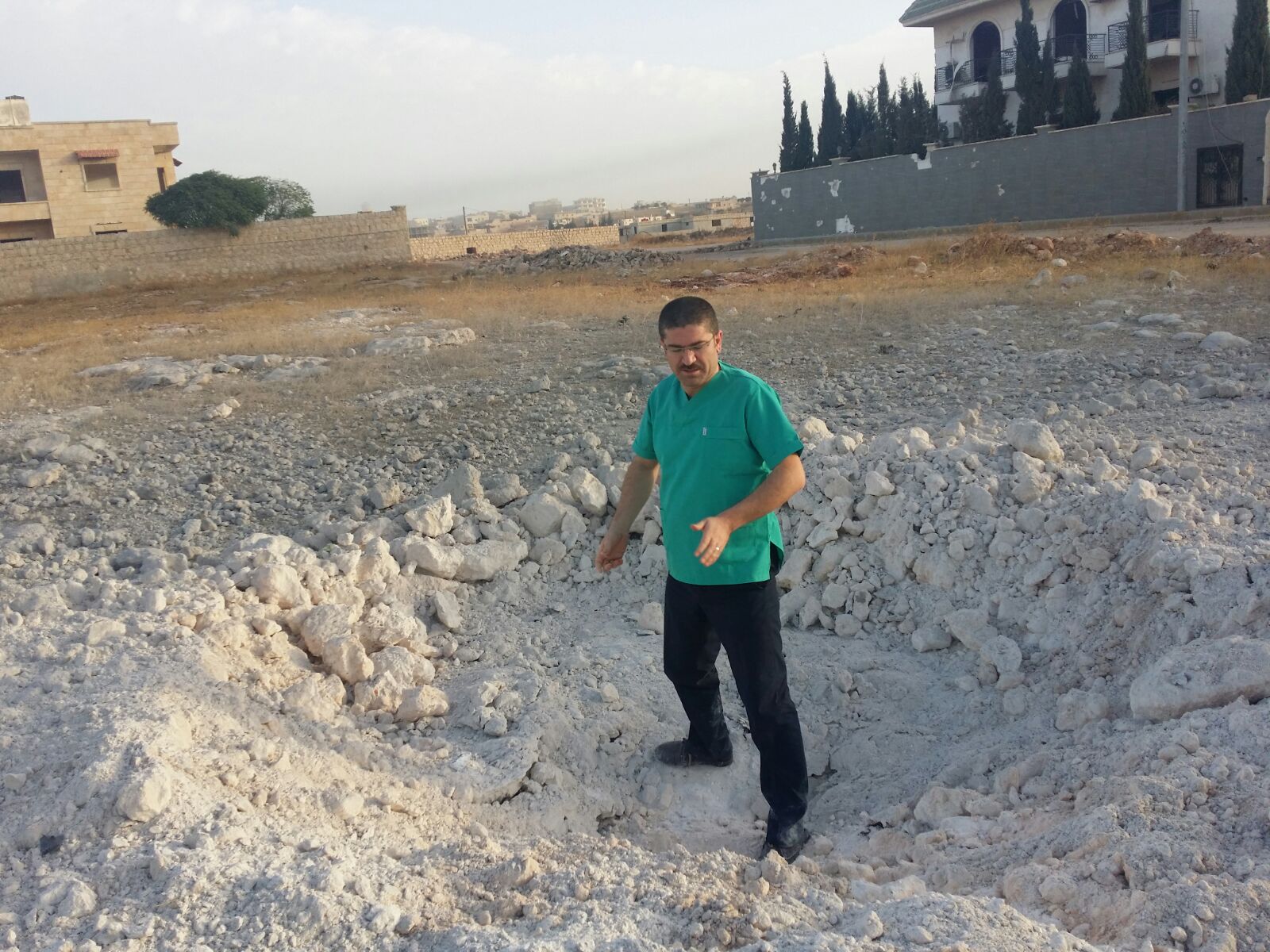 One missile fell directly in front of the hospital, landing about 90 feet from the hospital entrance and two rockets fell behind the hospital onto a building occupied by civilians. The attack resulted in three civilian injuries, including one child and two adults.

SRD’s Hraytan Hospital sustained damages to windows, doors and vehicles used for transportation and logistical purposes. During and after the attack, SRD medical personnel treated the injured civilians and even more who received injuries from Russian airstrikes in neighboring areas of Hayan and Anadan.

Aleppo and Turkey Country Director. Daif, who was present at the time of the attack, witnessed the damage to the building first hand and managed to capture photos of the aftermath of the incident.

“We are not terrorists; we are doctors,” Daif said. “All parties must stop targeting us so that we can continue providing medical services to all Syrians in need.”

This incident marks the fourth attack to occur on an SRD-operated facility over the last several months. In July and August, SRD’s Aleppo Hospital sustained major damage from multiple barrel bomb attacks. In April 2014, SRD’s original hospital in Aleppo was completely destroyed after a barrel bomb was dropped on the building. In each case, SRD staff members have worked with members of the local community to rebuild facilities and promptly resume providing critical medical services to those in need of medical care.

The multiple attacks on SRD-operated and other medical facilities throughout Syria has prompted SRD to consider various measures to provide greater security to patients in the event of future attacks. Syria Relief and Development calls upon all parties with the greatest urgency, including the Russian government, to cease targeting and attacking medical facilities and workers.