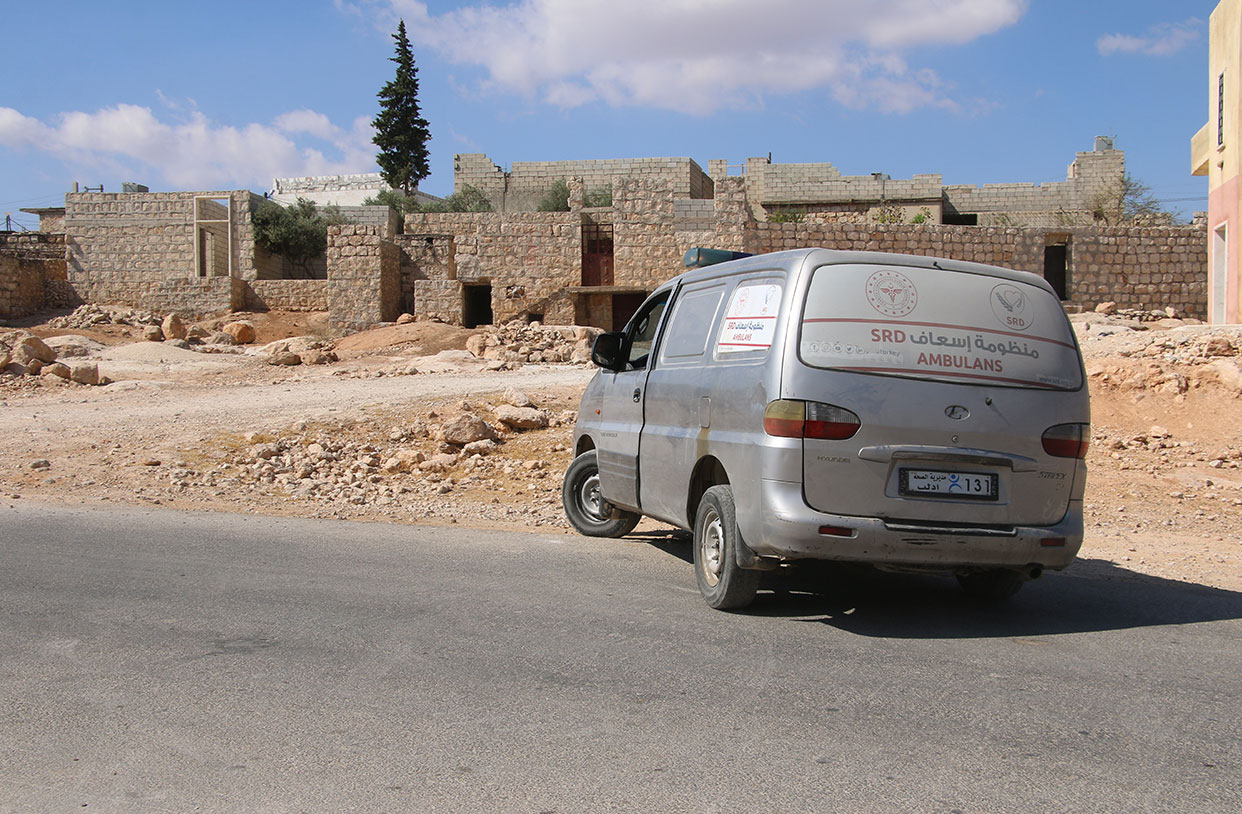 Amer Ataya is an 18-year-old resident of Sakba in eastern Ghouta, Syria. At the beginning of the war, he tragically lost his father after an attack. Nearly two years ago, his devistation grew as he lost four of his brothers in an attack on their city. This loss left Amer as the oldest in his family and the sole breadwinner for his mother and younger brothers. Soon after, another bombing took their mother’s life and left Amer wounded and without means to receive proper treatment. He decided to travel to Idlib to seek medical help. After three operations in the hospitals of Maarat Alnoman, Amer, now in Kafar Nobol, was in desperate need of thoracic surgery. He was referred to Bab Alhawa Hospital by his doctor. SRD’s ambulance headed immediately to Amer’s residence and transferred him to the hospital where he was able to seek the treatment he needed.