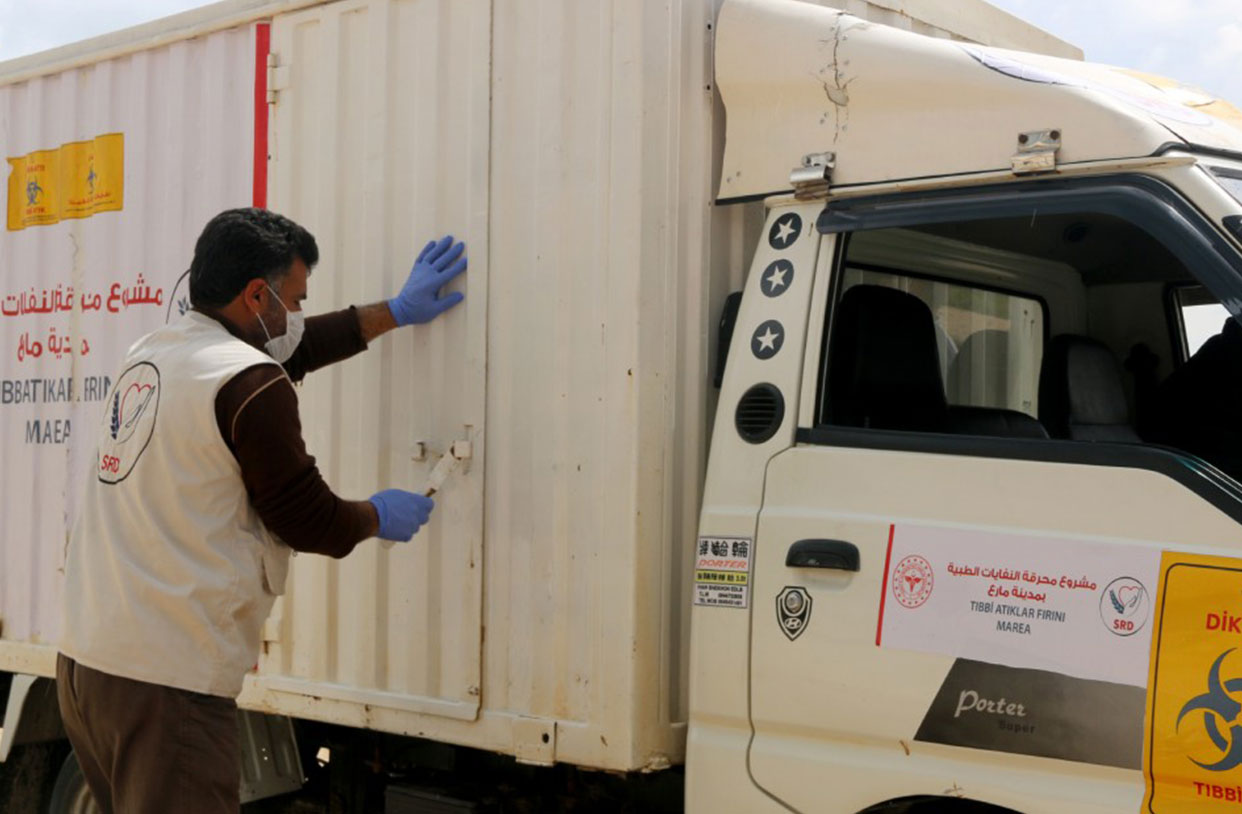 Medical progress is a means of development that preserves human health and safety. However, there is a negative consequence to this development and progress in Syria. The environment is contaminated with various pollutants and medical waste that can lead to serious and often fatal damage to humans.

In order to avoid these great dangers, SRD sought to establish a medical waste incinerator in Mare, a town in the northern Aleppo countryside. Mare was chosen for its prime location between the main areas of the northern countryside.

Mr. Ahmad, a resident of Mare, pointed out, “We urgently need such a project because we all know the seriousness of medical waste and the extent of its threat to our lives, not to mention the lives of our children.”

According to Mr. Mohammed Al-Ali, the incinerator’s project manager, “After nearly three months of hard work, the incinerator officially opened. The first working day was on February 13, 2019.”