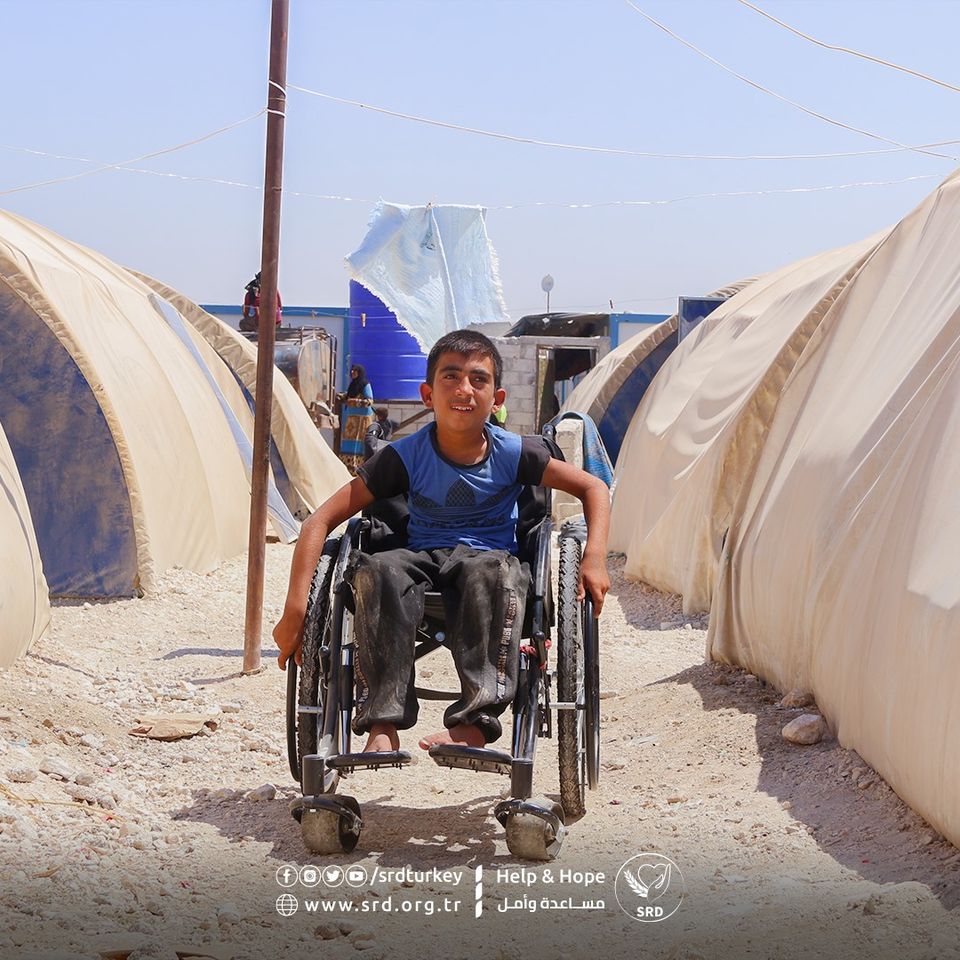 According to the World Health Organization (WHO), 30,000 people are injured in Syria each month, in addition to the 1.5 million people with permanent disabilities.

Much of the disabled population in Syria reside in overcrowded camps. Living in a war-torn country, these people lack the most basic necessities of life. Syria Relief & Development (SRD) strives to seek out these individuals in order to provide them with relief and security.

Mahmoud, a 13-year-old boy with cerebral palsy, lives in Syria with his family of seven. They lived in Maart until the ongoing war forced them to flee. Mahmoud’s family made their way to Shamarikh Village, where they are currently staying in a small tent in precarious conditions. 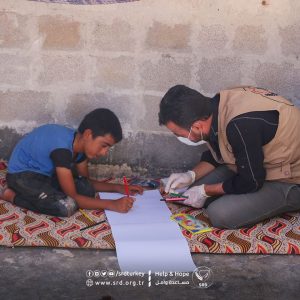 When SRD’s field response team arrived at Mahmoud’s tent in Shamarikh Camp, they could sense the deep sorrow his family was experiencing, especially Mahmoud, who was unable to leave the tent. He needed a wheelchair to get around on his own. SRD assessed Mahmoud’s needs and provided him with a much-needed wheelchair, as well as other basic hygiene products. They also gave him a basket of art supplies after learning about his love for drawing.

Mahmoud is entitled to an education as well as a nurturing atmosphere. He was admitted into SRD’s case management program to provide him with psychological support and treatment. SRD aims to relieve the suffering of the Syrian people by prioritizing their treatment.