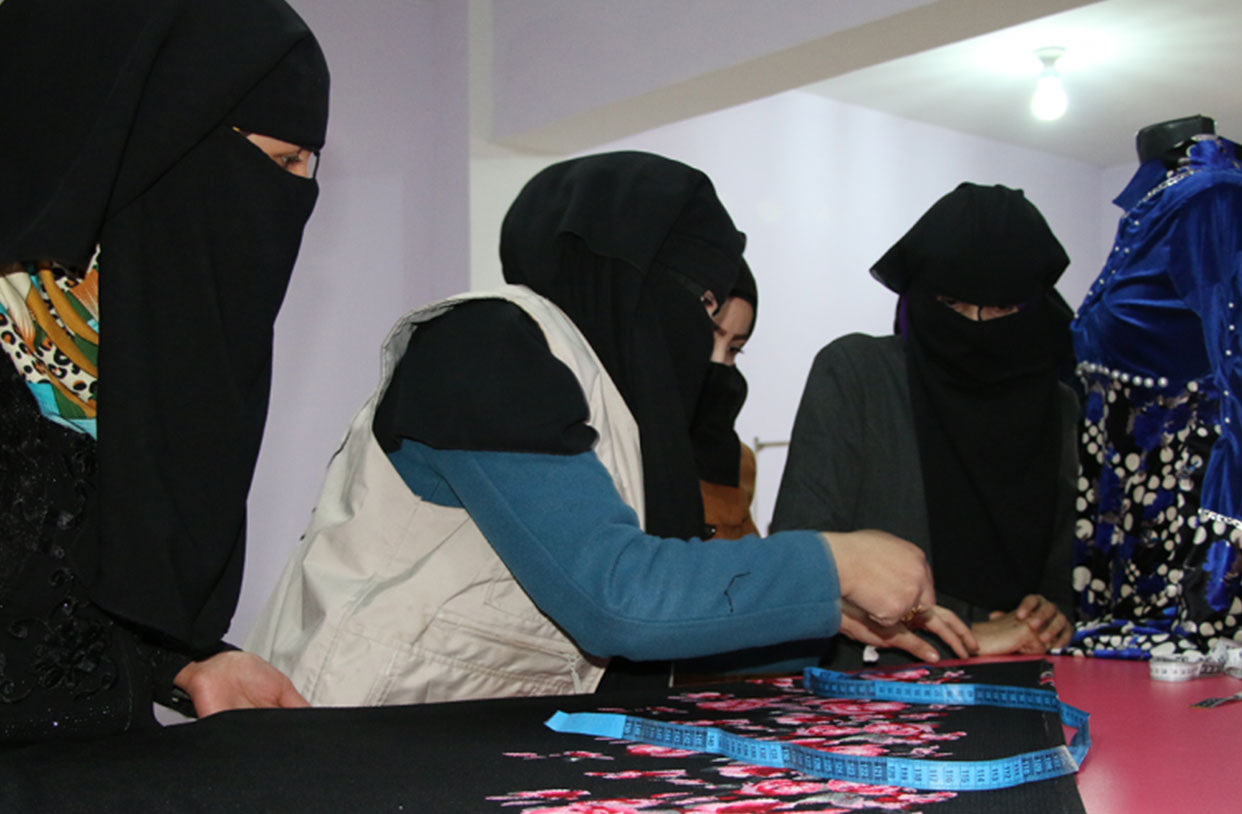 Maryam is a 19-year-old Syrian woman with a hearing impairment that has longed to live a productive and meaningful life. After her father’s second marriage, he prohibited her from attending school. Maryam, however, believed she had just as much right as her siblings to gain an education.

Maryam’s older sister encouraged her to visit the center of Balsam, where she herself had studied knitting. Maryam visited the center and expressed her desire to register for the wool knitting professional training. During this initial first visit, she was very shy and fearful that the trainer would not accept her due to her hearing impairment. Trainer Nisreen Khatib reassured Maryam that she had the right to learn just as much as anyone else did. “Mariam’s fear disappeared after only a couple of sessions,” said Nisreen. “Her learning skills were excellent from the start, and she has managed to master techniques faster than her colleagues.”

Maryam became more confident, made friends at the center, and even ended up teaching Nisreen sign language. “I have mastered wool knitting, become financially independent, and made new friends. My thanks goes to the Center of Balsam and its wonderful staff,” Maryam signed.