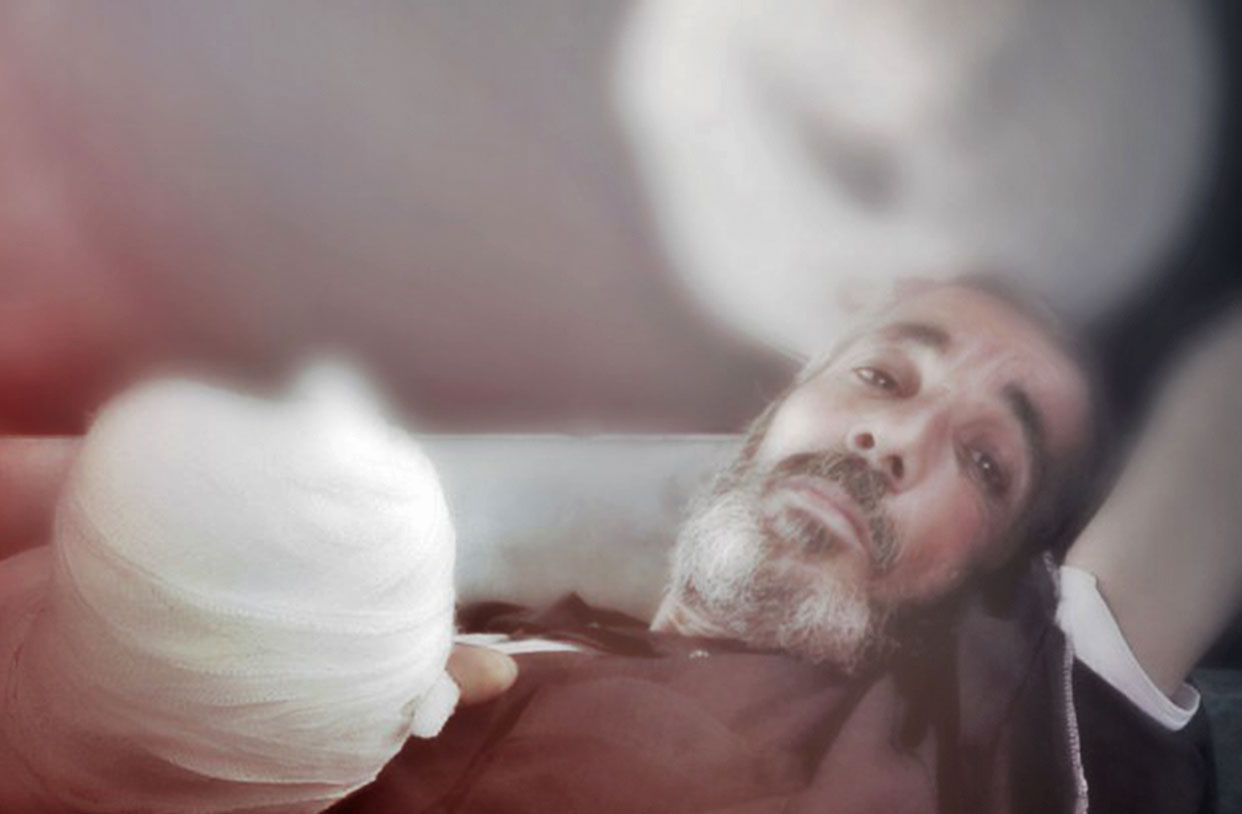 A few seconds goes a long way when saving lives. The ability to move patients in critical conditions in a timely manner to a place where they can be properly treated may be the deciding factor between life or death. SRD’s ambulance system is achieving success in transporting injured people in many communities, including the Hass community.

48-year old Faisal resided in the camp with his family of five children, two boys and three girls.  “We fled from Aqirbat and we settled in Wadi Al-Gharib. Then we got stuck in the siege without anything to live on,” says Faisal. “We were forced to flee again, so we went to Hass with a number of other families where we formed a small camp.” Unfortunately, the Haas camp was also a target for airstrikes, leaving many dead or injured.

SRD’s ambulances rushed to the camp to transfer the injured people to nearby hospitals. Faisal was among those injured, suffering a broken forearm and a thigh injury. During his transport to Al-Ma’arah Central Hospital, he was given painkillers, and although he was almost unconscious, he continually expressed concern for his family. The severity of Faisal’s injuries resulted in his referral to Idlib Central Hospital for surgery. Thanks to SRD’s ambulance system, Fasil made it to the hospital alive.

Once awake in Idlib Central Hospital, Faisal was met with the devastating news that he had lost all of his sons and two of his three daughters. Representatives of SRD were on site to visit Mr. Faisal to offer support and comfort as he recovered.