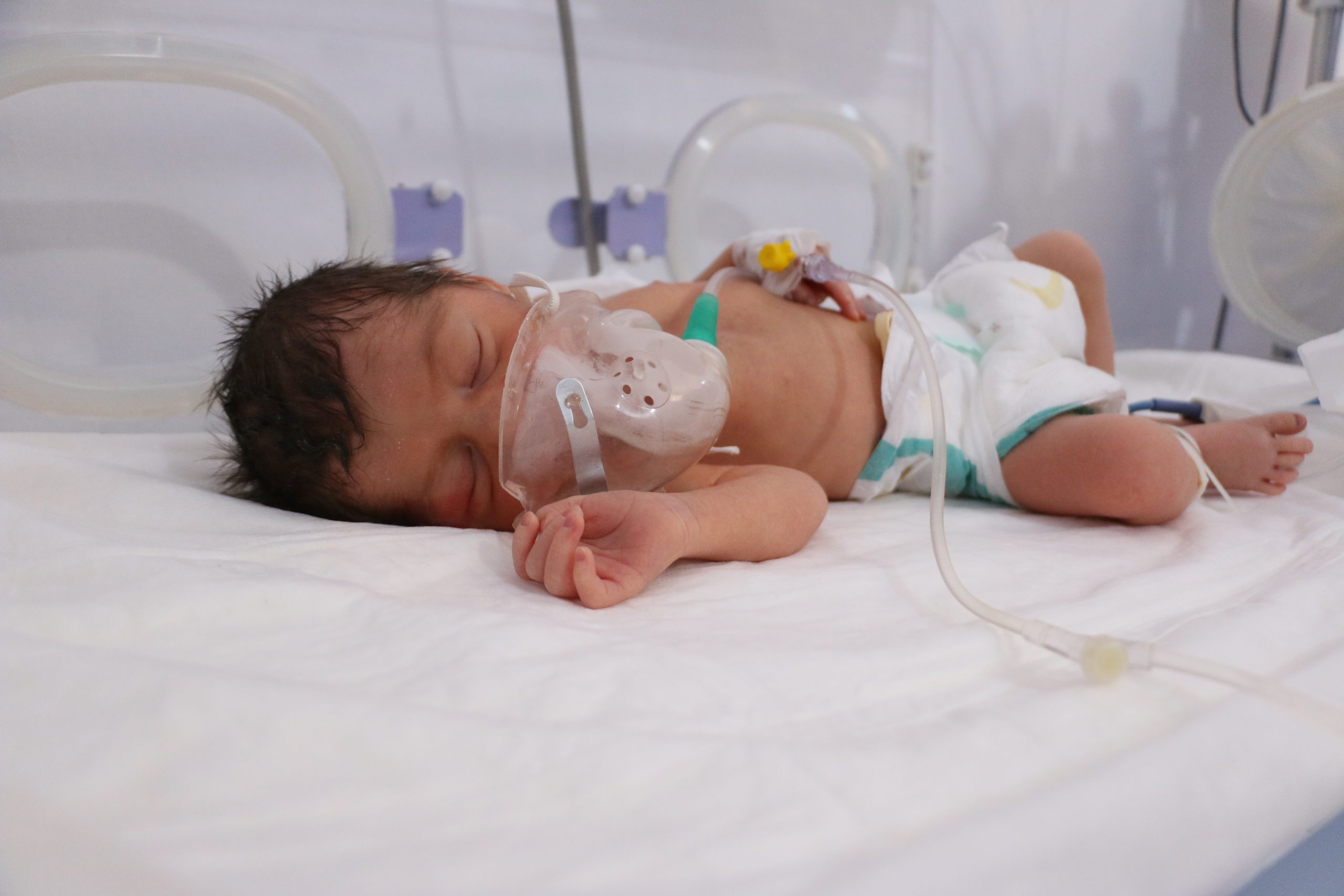 Born in Al Salam Medical Center in Harem, newborn Tariq’s life was immediately in danger. Pediatrician Dr. Hossam Muhammad Qurra learned that Tariq’s mother was unable to take a necessary injection during her previous birth, so a careful eye was kept on the newborn’s health. Twelve hours following his birth, Tariq’s skin began to show a magenta color. His hemoglobin was too low, and he was in need of an immediate blood transfusion. His parents have two of the least common blood types; his mother, Dalal, with O- and his father with A+.

The medical process typically has a 90% success rate, so Tariq remained under the hospital staff’s care. After 24 hours, Tariq was re-evaluated and the transfusion was found to be a success. The staff continued to carry out optical treatments and intravenous rehydration, and he was re-evaluated again once the intravenous rehydration was complete. A breastfeeding experiment was also implemented, which allowed Dalal to breastfeed her baby safely.

Tariq spent 21 days under constant supervision by Dr. Hussam and the nursing team and is now growing in his family’s care.