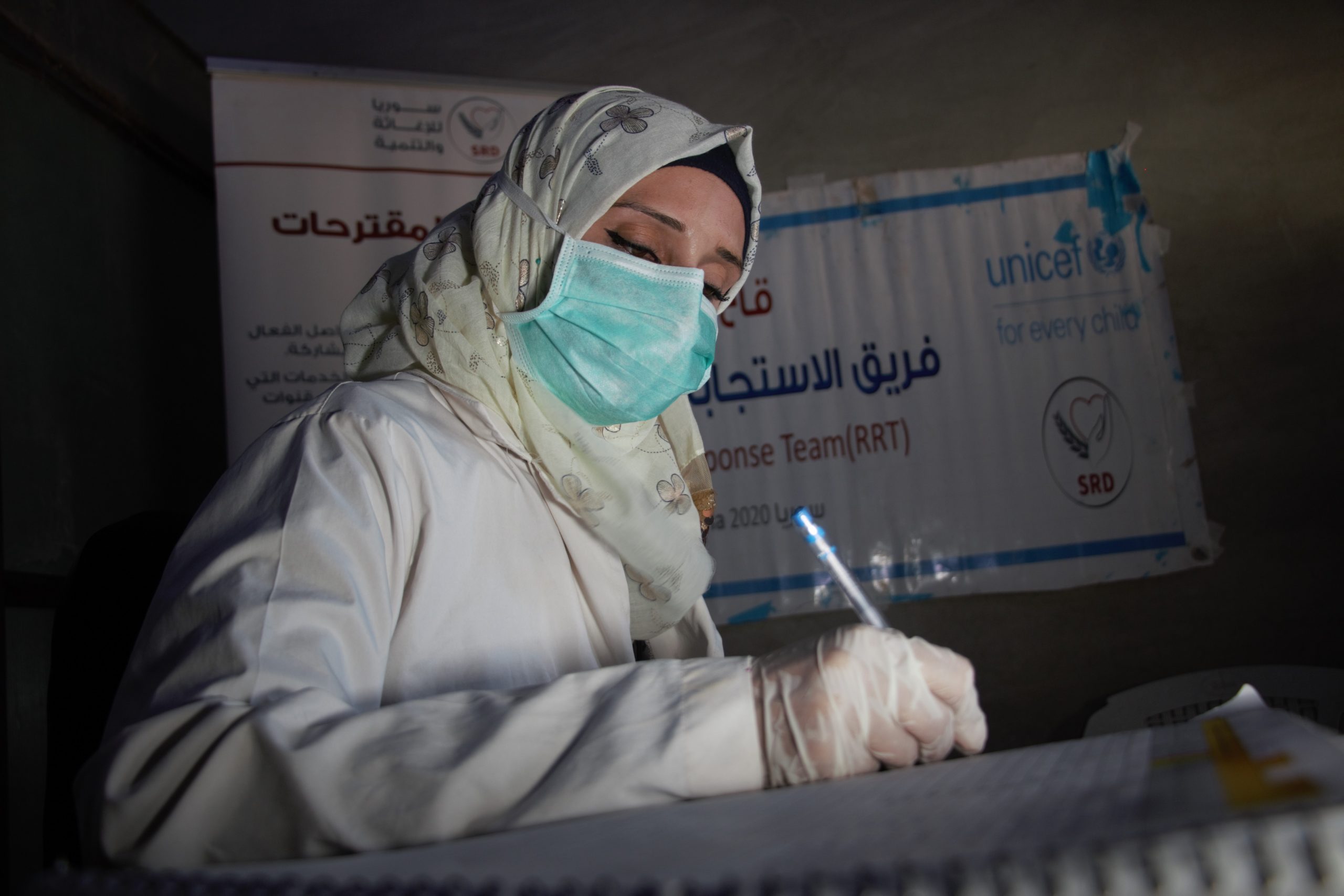 Sawsan is a young woman living in Syria. When the war broke out, she had just started at the College of Arabic Literature. Around this time, Sawsan’s home was bombed, and she was left with several shrapnel and mental wounds. Fortunately, she was able to push through, finish her studies, and get married. Soon after having her first child, Sawsan became interested in helping children, so she participated in several training sessions in order to become a nutritionist specializing in infant and child nutrition.

A year and a half later, Sawsan became pregnant with twins: a boy and a girl. Displacement drove her family to the camps of northern Syria, where thousands were (and still are) living under tents in poor conditions. Six months after her twins were born, she joined SRD as a part of the emergency response team. Sawsan took the opportunity to spread awareness on the importance of breastfeeding.

While working as a nutritionist with SRD, Swansan was simultaneously monitoring her own children’s health. Her daughter, Zainab, was not developing as fast as her son, and she was deeply concerned that her daughter was malnourished. According to the United Nations, 33% of the Syrian population suffered from food insecurity in 2019, including 300,000 children under the age of four and 2.7 million children between the ages of five and 17.

Fortunately, Sawsan did not have to solve her problem alone. The SRD team made sure that Sawsan was receiving the necessary supplements for her own children to grow naturally from her own organic milk. Sawsan is a prime example of the necessity for a baby to grow on natural breast milk.