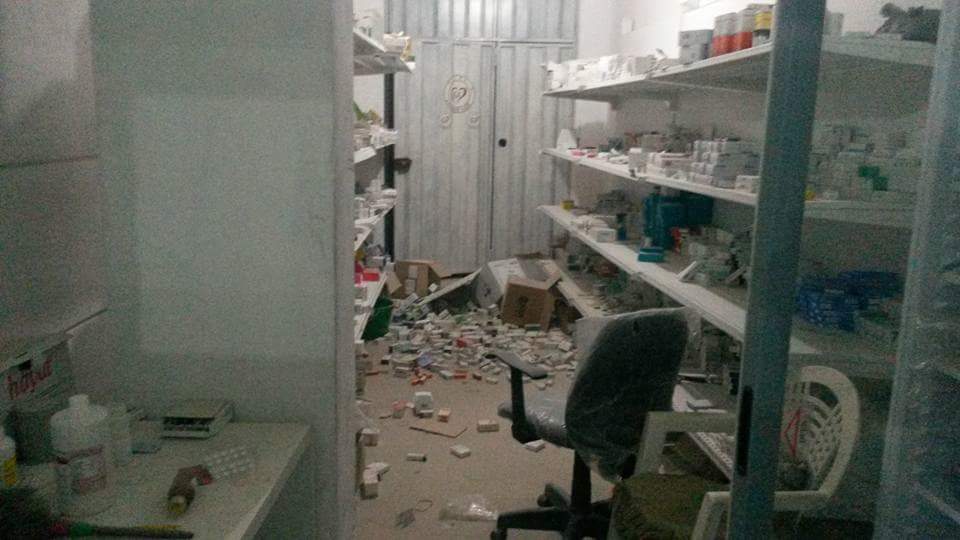 Overland Park, Kan. (July 10, 2015) — U.S.-based nonprofit organization Syria Relief and Development suffered damage to one of its primary healthcare centers in Aleppo, Syria when multiple barrel bombs were dropped on the center. The attack occurred around midnight on Monday, July 6.

No injuries or fatalities were rendered to staff or patients but the facility sustained significant damage and has been closed while staff attempt to clear and repair the facility.

The attack comes as human rights organizations have noted an alarming increase in the number of attacks on health care facilities in Syria. Physicians for Human Rights (PHR) reported that attacks on healthcare facilities in Syria in May 2015–15 attacks on 14 medical facilities–were the highest since the start of the conflict in 2011. Last April, SRD’s Aleppo Hospital was destroyed during barrel bombing after initially being built brick-by-brick by the local community. Hospital staff relocated to an alternate facility and resumed medical care within a matter of weeks. Doctors at the clinic in Monday’s attack anticipate resuming medical care services within a week.