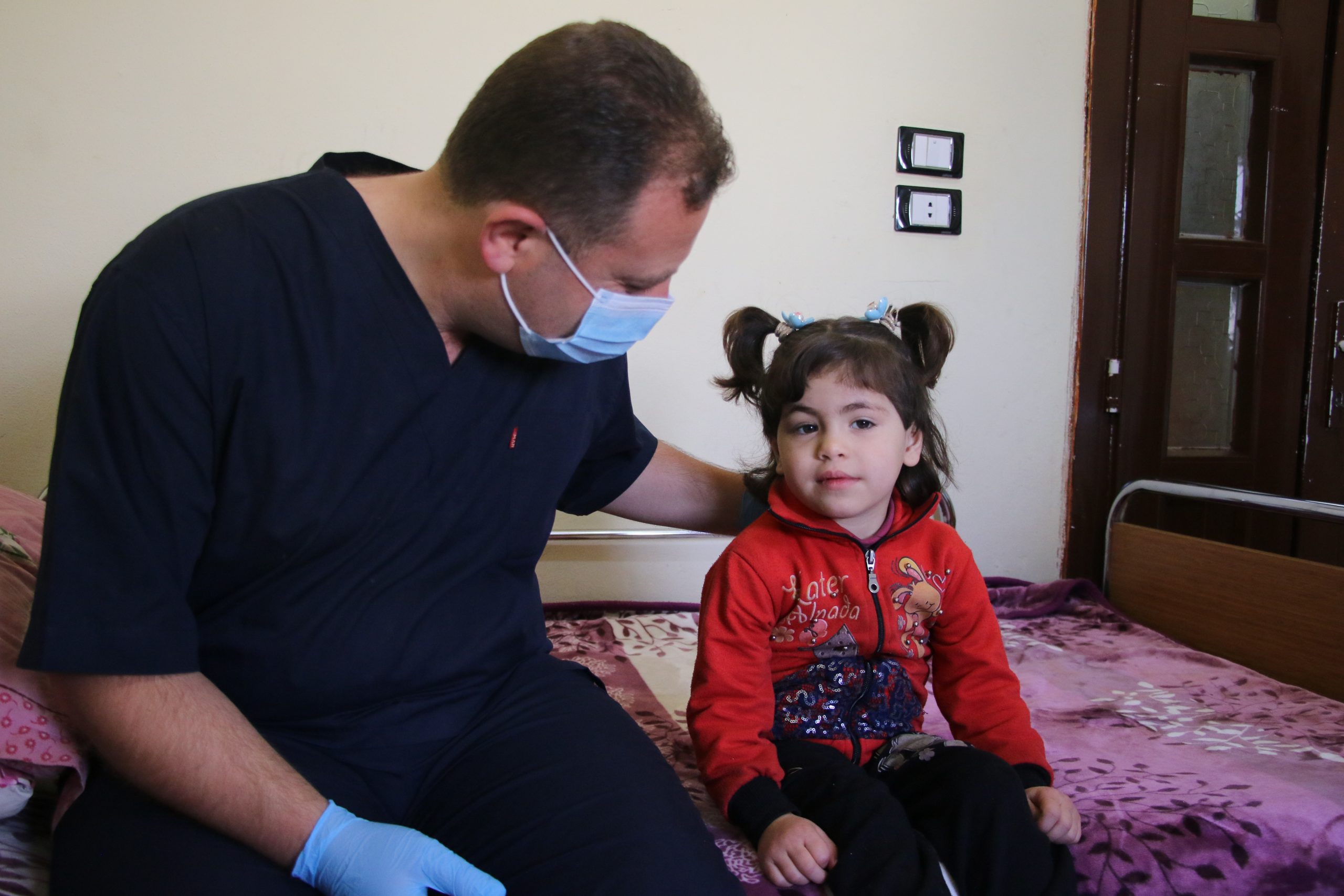 Sham, 4, was displaced to north Syria three years ago with her parents and four siblings. The family was forced to take refuge in dangerous housing conditions with no proper doors or windows. Sham was rushed to Al-Rafa Hospital by her father after falling two stories.

The supervising doctor began her assessment as soon as Sham arrived, discovering her shattered skull and pelvis. Her treatment plan was created, which included abdominal ultrasounds to ensure there was no internal bleeding.

The team coordinated with Bab Al-Hawa Hospital to get Sham to a facility that could perform the procedure she needed. She was transported by ambulance and was able to complete the procedure without any complications.

As soon as Sham’s father saw her after the operation, he embraced her in a long hug. Sham now goes to Al-Rafa Hospital three times a week for follow-ups.