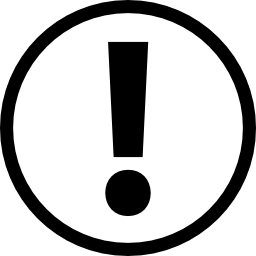 Overland Park, Kan. (March 3, 2015) — Syria Relief and Development (SRD), a U.S.-based nonprofit organization providing humanitarian aid to Syrians in need, strongly condemns Monday’s chemical gas attack in Sarmin, a Syrian city located in the province of Idleb. Reports from Sarmin Hospital indicate that just before 8:30 p.m. on March 16, planes overhead were heard in the surrounding area. Hospital officials estimate that around 8:30 p.m., two barrels of poisonous gas were dropped near the village of Qaminas. Within 15 minutes, a surge of injuries were witnessed at the hospital. Symptoms of the injured—including burning of the eyes and respiratory tract, dizziness, unconsciousness, shortness of breath and increased salivation/foaming at the mouth—were consistent with injuries resulting from exposure to poisonous gas.

Hospital officials also reported that just before 10:52 p.m., another barrel of gas was dropped in the area resulting in another influx of hospital patients with similar symptoms. The total number of injuries sustained during the night was 70 and six deaths

Aisha, 3, her sister Sara, 2, and brother Mohammad, 1, all died Monday night after the chemical attack.

resulted (a 35 year-old man, his wife, his 65 year-old mother and his three children—daughter Aisha, 3, daughter Sara, 2, and son Mohammad, 1). First responders attempted to resuscitate the family and rushed them to the hospital but the family had been far too exposed to the gas and died. Patients with mild injuries were treated with water, oxygen and Atropine, a drug commonly used to treat the symptoms of chemical poisoning; more advanced cases were treated with the addition of IVs of Hydrocortisone and Dexamethasone.

Sarmin Hospital noted the collaborative effort and fast response by other local area hospitals to help assist in treating the injured. Hospital officials have identified protective masks and suits as urgent needs in the event of another attack. SRD is working with its team in Idleb to assess the situation and provide necessary supplies and urges the UN and international community to respond.

Syria Relief and Development was founded in November 2011 in response to the humanitarian crisis inside Syria. Since then, SRD has worked to provide food and medical aid to Syrian families in need. SRD continues to work inside Syria and in neighboring Jordan to help meet the needs of the Syrian people.