SRD’s Baghdad Hospital among those destroyed in Aleppo attack 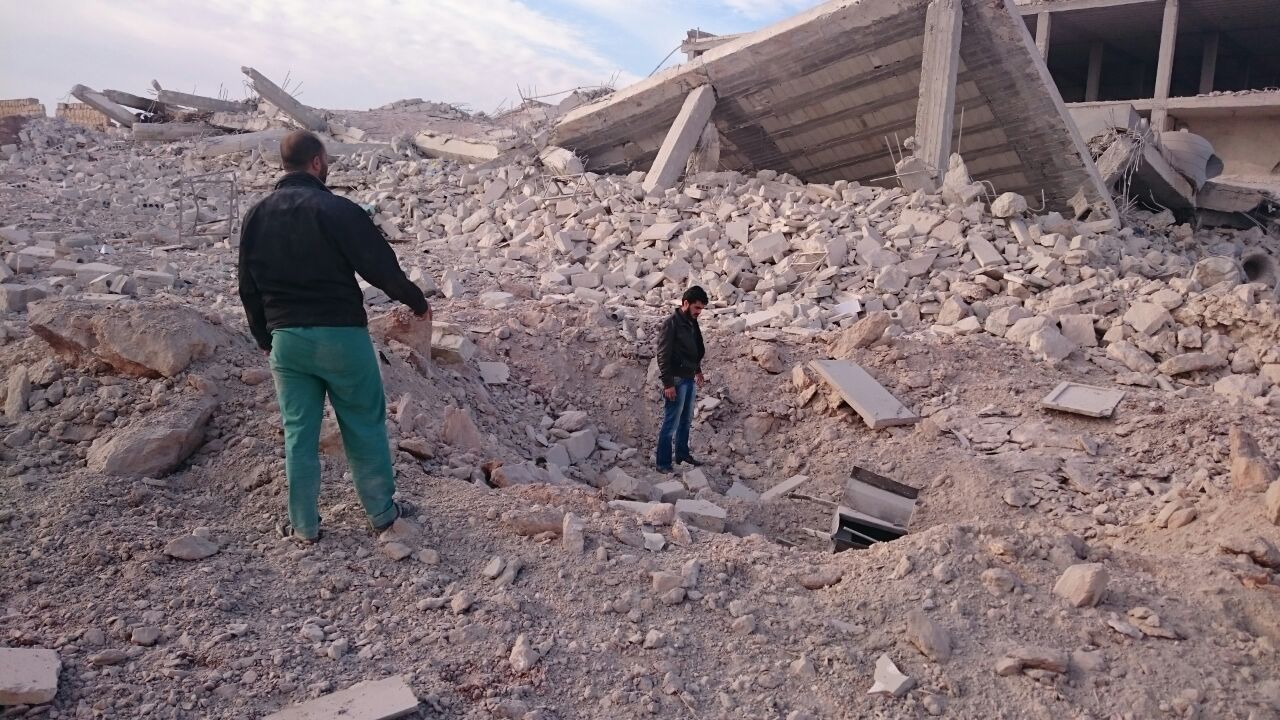 We are saddened to report that SRD’s Baghdad Hospital in the western countryside of Aleppo was destroyed by two consecutive aerial attacks on Monday night that also killed a staff member and injured three others. The attacks occured at 11:15 and 11:30 pm, completely destroying the hospital, an ambulance and medical equipment and supplies.

Our thoughts and prayers are with the loved ones of the staff member who was killed.

(Washington, DC) – The sound of fighter jets and the terrible whine of barrel bombs falling from the sky filled eastern Aleppo this week as airstrikes targeted medical relief services and civilians. Three hospitals were attacked on Monday, all of which were supported by humanitarian groups in the American Relief Coalition for Syria (ARCS). Two more medical facilities were destroyed on Wednesday including a children’s hospital in the al-Shaar neighborhood of Aleppo.

Two of those hospitals were supported by the Syrian American Medical Society, a member of ARCS. Since July, there have been 138 attacks on medical facilities, an unprecedented number for this conflict. Dr. Ahmad Tarakji, the President of SAMS, stated:

“I’m not quite sure how many times you can rebuild and rebuild, and still expect to have the desire or stamina to keep rebuilding. Our staff inside are completely disillusioned by how many times they have had to rebuild institutions that are meant to save lives. They are tired of losing comrades along the way.”

The only hospital serving 60,000 people in a small village in Aleppo was destroyed along with the next closest hospital. ARCS’ member organization, the Syrian American Medical Society (SAMS), provides support for both hospitals.

Baghdad Hospital in the western countryside of Aleppo was destroyed by two consecutive aerial attacks on Monday night. The hospital was one of two major trauma facilities in the western countryside of Aleppo, serving a population of over 90,000 Syrians in the surrounding community. Prior to the attack, an average of 5,000 beneficiaries were receiving medical care at the facility in the form of trauma services, emergency and elective surgeries, major and minor surgeries, outpatient consultations and inpatient admission. The hospital had a fully functioning emergency department and Intensive Care Unit (ICU).

Spokespeople are available for interviews on request.

Photos of the destroyed Baghdad hospital can be downloaded here.

The American Relief Coalition for Syria (ARCS) is a 501(c)3 coalition of non-political, Syrian diaspora led humanitarian organizations that provide multi-sector relief inside of Syria, as well as assistance and services to Syrian refugees in regional host countries and in the United States. Together the efforts of ARCS organizations help millions of Syrians, both those who remain in Syria and those displaced as refugees. ARCS programs cover the full range of humanitarian sectors, including health, psychosocial support, community services, education, food and non-food items, protection, water/ sanitation/ hygiene, and women’s empowerment. In addition to emergency relief, ARCS organizations have established development projects that promote sustainable living and lay the groundwork for voluntary refugee return, such as building schools, facilitating jobs and skills training, and helping to establish bakeries and flour mills.