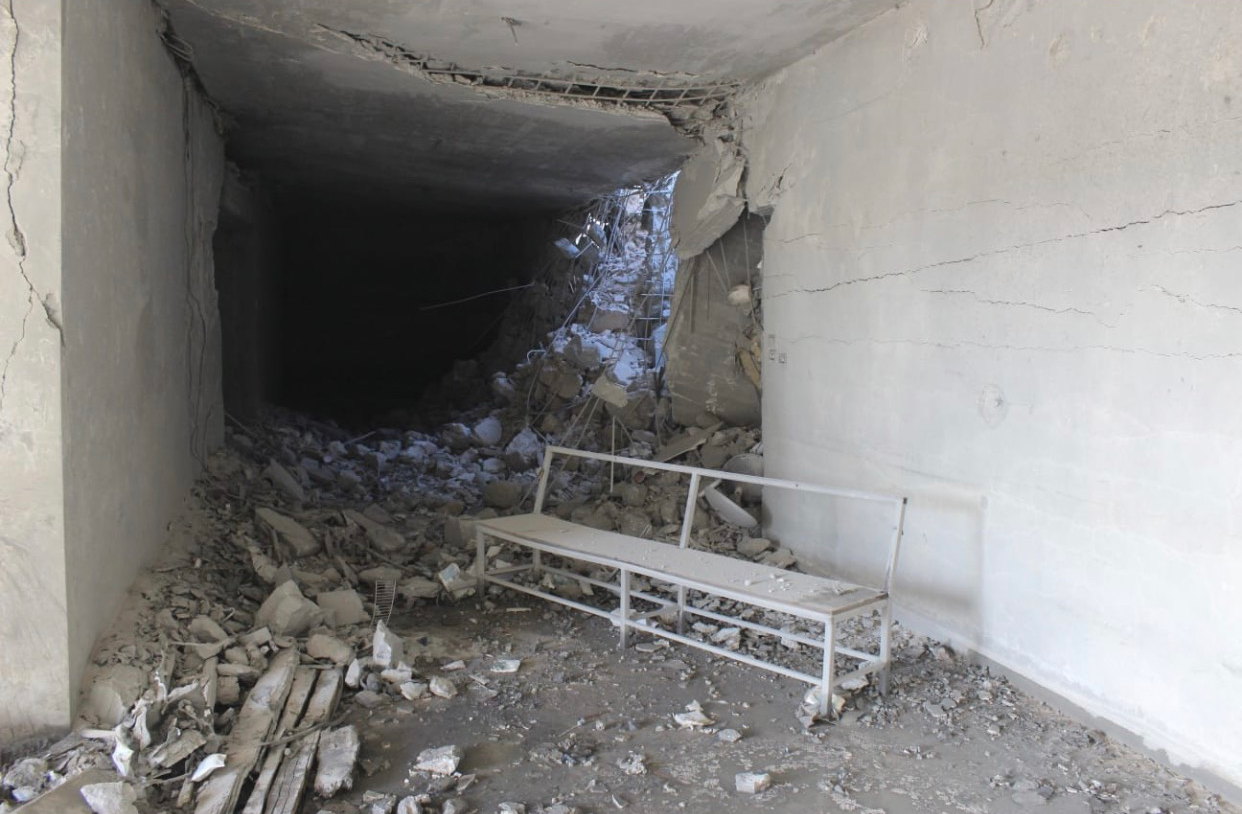 Idlib, Syria (May 7, 2019) — Unlawful attacks and air strikes hit civilians and SRD’s Pulse of Life medical hospital and other medical facilities in Idlib over the past several days. ⁣⁣⁣
⁣
This hospital’s coordinates had previously been shared with UN OCHA as part of its formal deconfliction mechanism, yet it was still directly targeted. ⁣⁣⁣
⁣
Massive destruction left a population of over 200,000 now without medical services after SRD’s medical hospital and two other hospitals were bombed and completely destroyed. ⁣⁣⁣
⁣
SRD’s hospital is located underground on the outskirts of the town of Hass, in the southern part of the Idlib province. The hospital with 65 medical staff members provided outpatient clinics for pediatrics, internal medicine, pulmonology, cardiology, gastrointestinal along with surgical operations.⁣⁣
⁣⁣
“Our hospital was one of the major trauma hospitals serving Idlib and northern Hama which has continuously been targeted this week. The people served will not be able to access life saving services as over 500 surgeries were performed here each month and over 5,000 patients were seen each month. The attack left parents and children, suffering in pain and with no medical assistance,” said Amany Qaddour, SRD’s Regional Director. ⁣⁣⁣
⁣
The facility had been evacuated shortly before the bombardments, and the hospital is now completely out of service.⁣⁣⁣

We urge our donors to respond to this humanitarian crisis with the goal of restoring the urgent medical relief provided by the hospital in Hass.