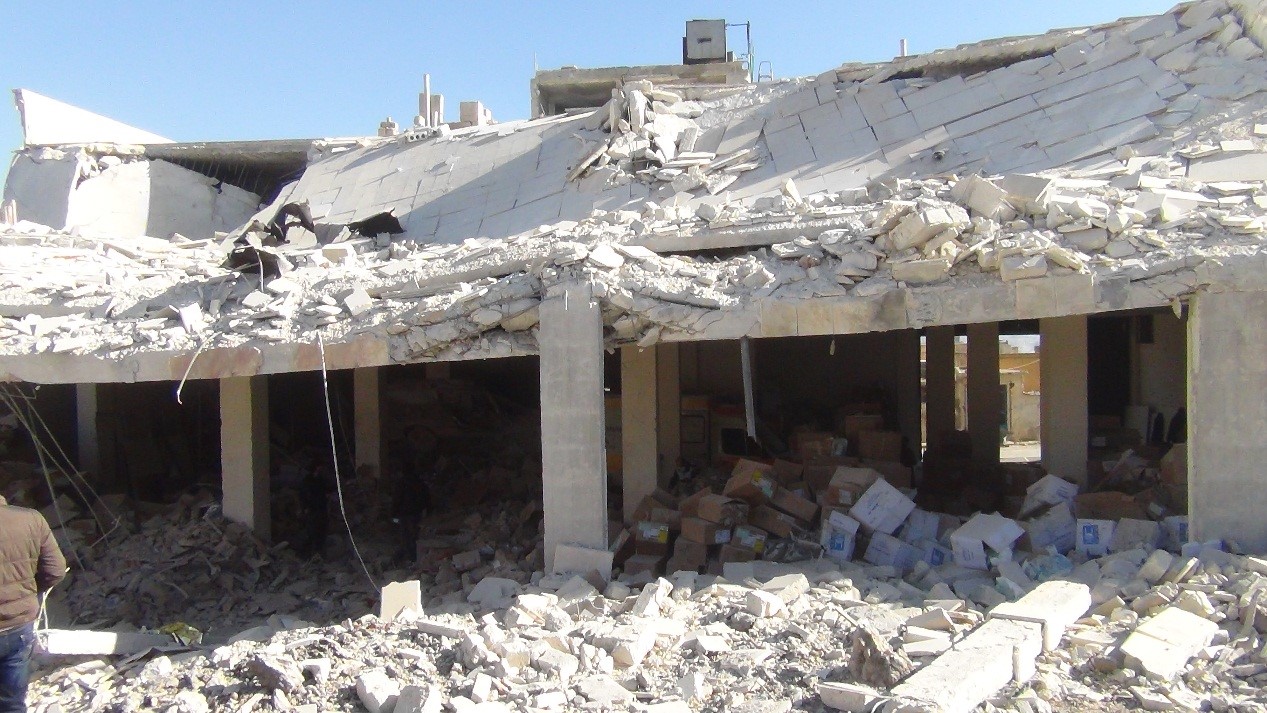 Overland Park, Kan. (Dec. 9, 2015) – Syria Relief and Development (SRD)’s medical supply warehouse in Kafrhamra, a suburb of Aleppo, was destroyed by two rockets on Monday, Dec. 7 at 3:30 p.m. Two ambulance trucks that were stored in the warehouse were also destroyed along with a large selection of medicines and medical supplies. The manager of the warehouse was wounded and transferred to a local hospital.

The attack comes as an alarming number of attacks on medical facilities in 2015 have crippled Syria’s healthcare infrastructure. In 2015 alone, SRD’s healthcare facilities have been targeted in four separate attacks prior to this week’s.

As Syria’s healthcare crisis continues, attacks on medical facilities have further hindered access to adequate healthcare for millions of Syrians. Physicians for Human Rights has reported 329 attacks and 687 medical personnel casualties in Syria since the start of the conflict in 2011. SRD continues to call on the international community to hold all parties accountable for indiscriminate attacks on civilians and healthcare workers and facilities.