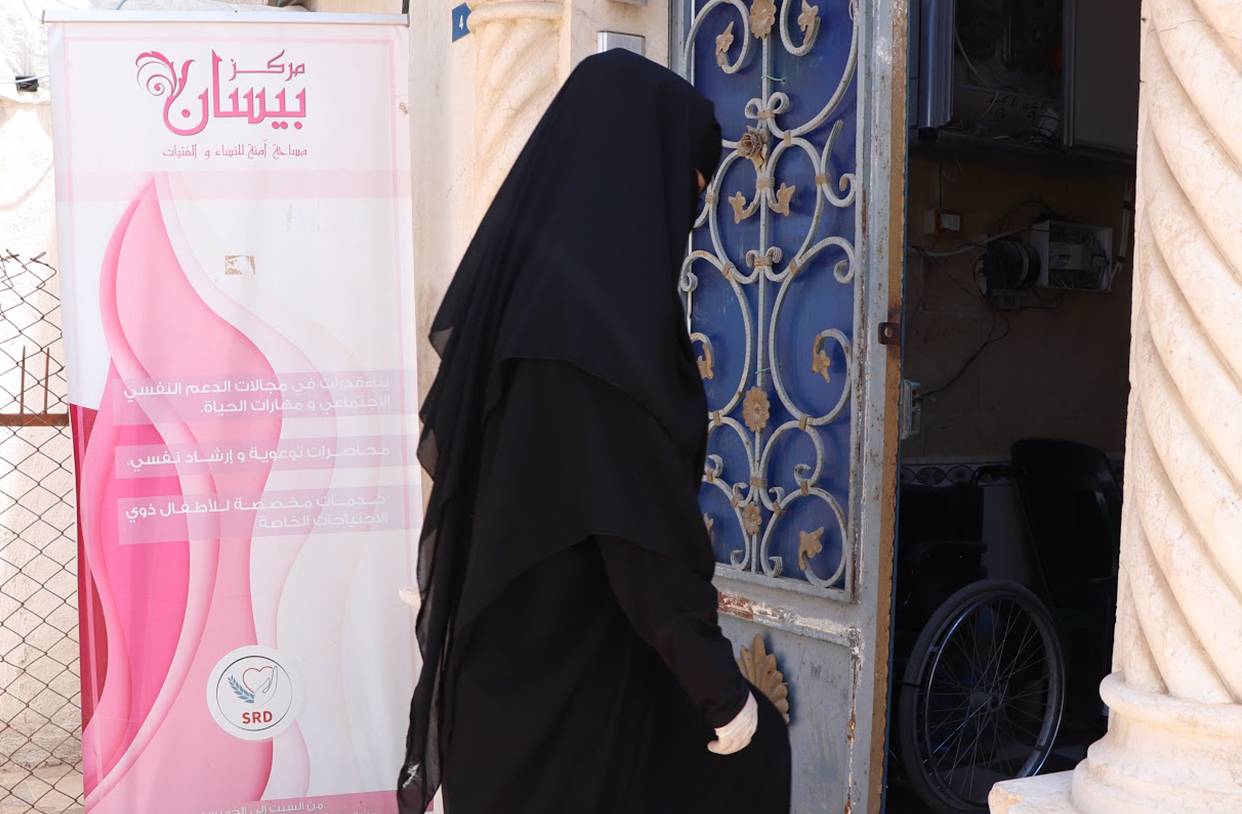 “Four years ago, I was waiting for my husband to come home from the market when I heard a knock at my door,” said Salma. “Our neighbor came to inform me that my husband had died after the market was bombed.”

33-year-old Salma was married for almost 9 years in Aleppo with two daughters and a son. After they lost their father, they were forced to move to Al-Bab with her husbands’ parents. “I was like a stranger among them, they do not consider my children as their own, and they threw us out many times,” said Salma. “My father-in-law would humiliate me with words and actions to get rid of us.” With nowhere to go, Salma had no choice but to endure them to raise her children.

This cruelty brought her to SRD’s Besan Center in Al-Bab. She attended awareness sessions provided by Sundus, an outreach worker. “I welcomed Salma and tried to get closer to her,” said Sundus. “She told me her story, then I encouraged her to follow the sessions, and decided to take care of her privately.”

Salma began attending many sessions where she learned to face the psychological pressures that held her back, which instilled the ability to face her problems and solve them. She decided to leave her husbands family and live alone with her children. Now, she just needed figure out how she was going to make ends meet.

Sundus connected Salma with case manager, Abeer, to inform her about grants she qualified for. Salma soon received a grant to help pay for living and was also guided to a sewing course at the center. She found great joy in sewing and decided to peruse sewing as a job.

Today, Salma’s life is happier and filled with love. She has even began selling her beautiful clothes to customers. Life will not be the same for her family, but she is determined to move past their misfortunes and live life.