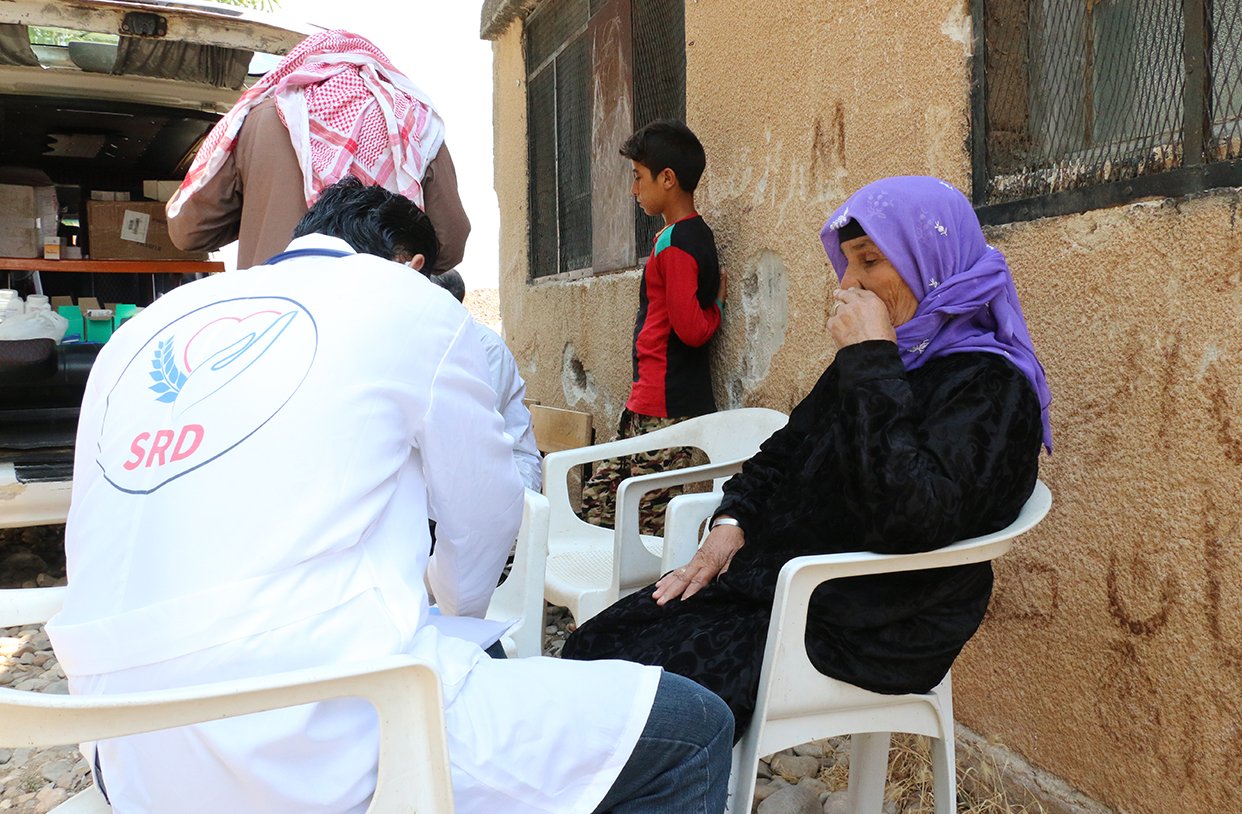 The people of Eastern Ghouta are currently suffering from harsh living conditions. In response to the increase of displaced families in this area, SRD has directed its mobile clinics to the area’s shelters in order to offer medical services.

57-year-old Maryam Warda lost her husband and her son in a single day when their home in Eastern Ghouta was bombed. Displaced in Idlib, Warda was suffering from a severe back injury. Thanks to the availability of SRD’s mobile clinic, Warda was transferred to Ma’arah al-Nu’man Hospital where she received a neurology consultation and continued treatment.